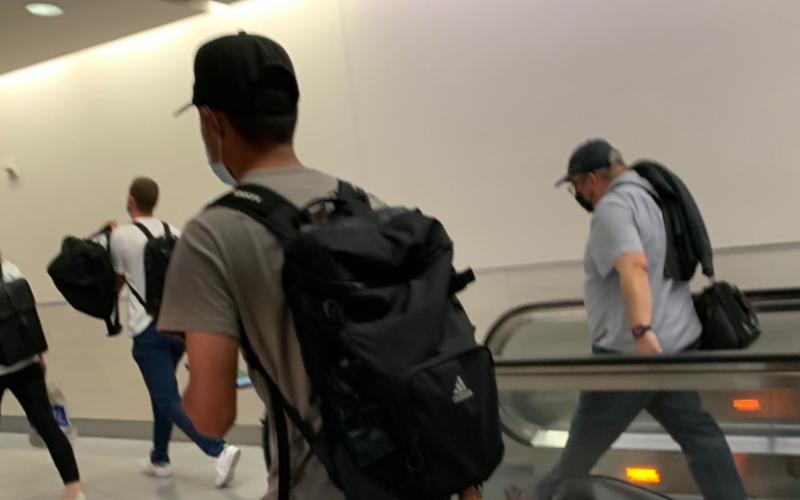 By Stephen Hennessey
The life of the tour pro can be very unrelatable in so many cases. Competing for millions of dollars every week; wearing watches that cost as much as our houses (not an exaggeration); signing massive endorsement contracts … they live a different world than us.

That wasn’t the case on Monday when we saw a photo of Collin Morikawa, flying back stateside after conquering the field at golf’s oldest major championship, lugging the claret jug through the airport. It’s a reality that not all tour pros fly private each week—that’s especially true when going to and from the Open Championship. The cross-continent flight is costly on the PJ!

So seeing Morikawa with one of golf’s most famous trophies stowed in a wheelie suitcase walking through an airport was just the latest reason why the 24-year-old is still a little relatable—even though his golf is on another planet.

We love these types of photos—like we saw Hideki Matsuyama walking through Atlanta airport after his Masters win in April. Kudos to Matt Adams of Fairways of Life/Golf Channel for tweeting the photo of Morikawa.

We’re sure the two-time major champion will be back to flying private now that he’s back in the states. But just for one moment, Morikawa was one of us—struggling to lug their own bags through transit—even after that $2.07 million payday for his Open title!

Collin Morikawa would really be something, the thinking went, if he could just find common ground with the putter. The all-time greats find the bottom when they need it most.