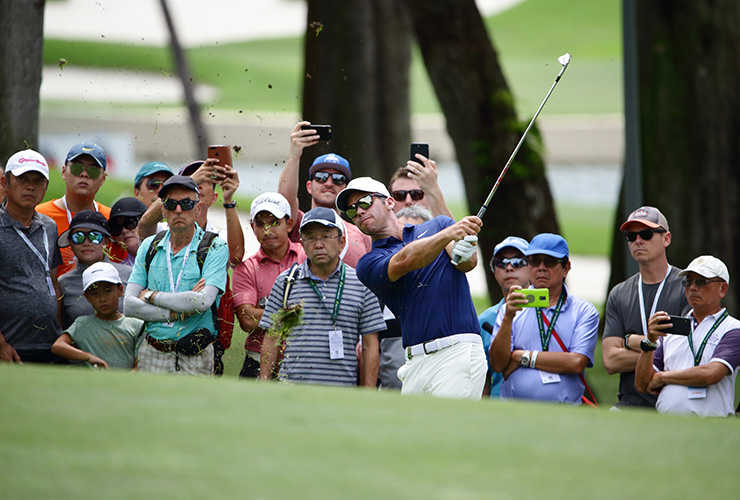 Suhaimi Abdullah/Getty Images
Paul Casey in action during the third round of the SMBC Singapore Open in 2019.

By Kent Gray
Paul Casey will warm up for his defence of the Dubai Desert Classic at the US$1.25 million SMBC Singapore Open, opting for the Asian Tour event over a shot at history in Abu Dhabi.

The 44-year-old Englishman has committed to the final tournament of the convoluted 2020-21 Asian Tour season at Sentosa Golf Club’s Serapong Course – paradoxically from January 20-23, 2022.

Yas Links is set to host the DP World Tour’s calendar year opener in the same time slot meaning Casey won’t get the chance to match Martin Kaymer as a three-time winner of the Abu Dhabi HSBC Championship.

The world No.27 has committed to teeing it up on the Majlis course at Emirates Golf Club in the 33rd Slync.io Dubai Desert Classic the following week after claiming the famed Dallah trophy by four strokes from South Africa’s Brandon Stone last year.

Casey went close to winning the Singapore Open the last time it was contested in 2019, a closing 65 in the penultimate group seeing the five-time Ryder Cupper finish two strokes behind Thailand’s Jazz Janewattananond.

“I had committed to play last year before the tournament had to be postponed because of COVID-19 but when I knew the event was back on this year, I was more than happy to renew my intention to play,” said Casey who has won 21 times worldwide and finished T-10 in his only other appearance at the Singapore Open in 2012.

“I love the event, the golf course and the city and I definitely have some unfinished business there… I’d love to have my name on that trophy.” 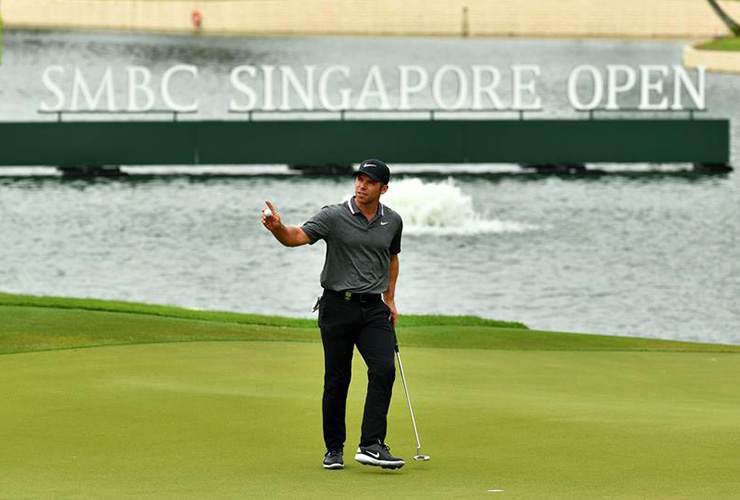 Casey has won three Asian Tour titles – the Shinhan Donghae Open in Korea in 2011 and the Volvo China Open and TCL Classic, also in China, both in 2005 – to go with 15 titles on the DP World Tour and three on the PGA Tour.

He feels a responsibility to play in Asia, bringing all his experience, including three Ryder Cup successes and victory with countryman Luke Donald at the 2004 World Cup, to a region starved of top-flight golf due to the COVID-19 pandemic.

“Given the tough two years Asian golf have faced, I felt it was important I continue to support the event. As a global player I feel obligated to help grow the game and impart my knowledge and experiences with the next generation of Asian golfers.”

On the final day in 2019, Casey was five under for his round after 14 holes but saw his title charge s halted by a bogey at 15. Two more birdies followed for a six-under-par 65 but it was not enough to stop Janewattananond who also shot 65 for a winning total of 18-under-par 266 ‒ the SMBC Singapore Open tournament record.