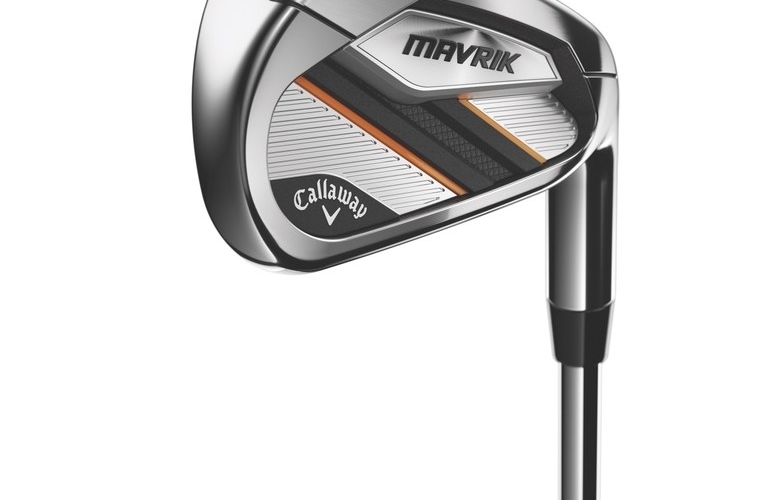 By Mike Johnson
The new Callaway Mavrik irons, which includes three models, expands on the company’s use of artificial intelligence, stretching its use from its metalwoods down to its irons. It is, says Dr. Alan Hocknell, Callaway’s head of research & development, a logical next step.

“We have taken a design tool—artificial intelligence—and spread its use to the vast majority of our product line. That tool is powerful, unique to us and does numerous things. We can explore areas of design that are unconventional to us. It’s not a computer takes over tool, but it stretches our thinking and stretches our ability to manufacture golf clubs. It’s a significant ad-vantage for us. It’s not just buying a big, powerful computer. It allows us to manipulate designs to the needs of specific types of golfers.”

The Mavrik iron line, made up of the strong-lofted game-improvement style (Mavrik), a more compact players distance iron (Mavrikj Pro) and a launch-focused option (Mavrik Max), all share a common design philoso-phy of speed and launch in the long irons; speed and spin in the mid irons and spin and launch angle in the short irons.

Helping to achieve that in all of the irons is a new flash cupface that is precisely engineered using A.I. not only for each iron model, but for each club within that model. According to Scott Manwaring, Callaway’s director of design for irons, “a huge leap in the use of A.I.

“Getting the right combination of objectives is key,” said Manwaring. “We were able to better get to that combination through A.I.”

In the case of the standard Mavrik, strong lofts (the pitching wedge is 41 degrees) help drive a distance-driven package. Attention also was paid to improving the sound and feel on shots struck low on the face (where many players in this category strike the shot) through the use of a mass dampener. “The thin to win paradigm exists and we wanted to account for the sound and feel on those type of shots,” said Manwaring. 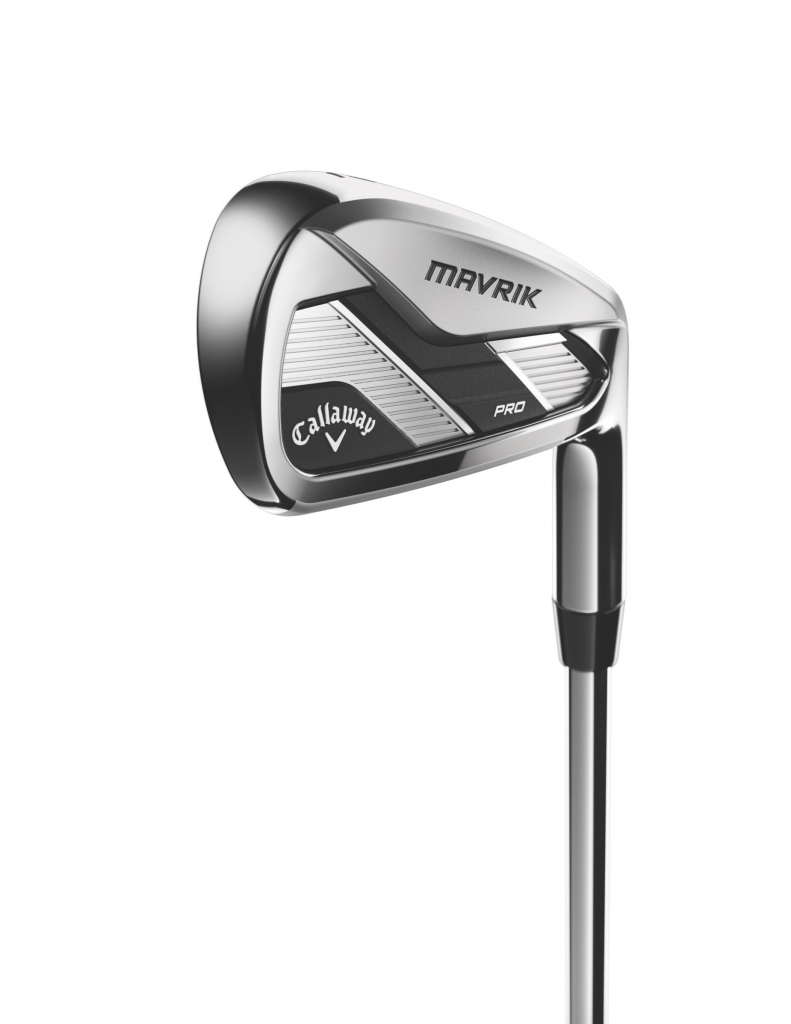 The company also continues its use of tungsten encased in microsphere-filled urethane, which allows for center of gravity positions that produce a launch angle one would expect to see de-spite the strong lofts. As for using stainless steel instead of some exotic material, Manwaring was quick to point out that steel casting has not reached its limits yet and manufacturing pro-cesses such as moving to convection ovens has helped achieve better results.

The Mavrik Pro, says Manwaring, is a little misleading as players of many ability levels can play this club. Still, the irons while using the same core technologies as the standard Mavrik is a more compact head shape with a flatter lie angle and thinner topline. In other words, attrib-utes that shotmakers prefer. 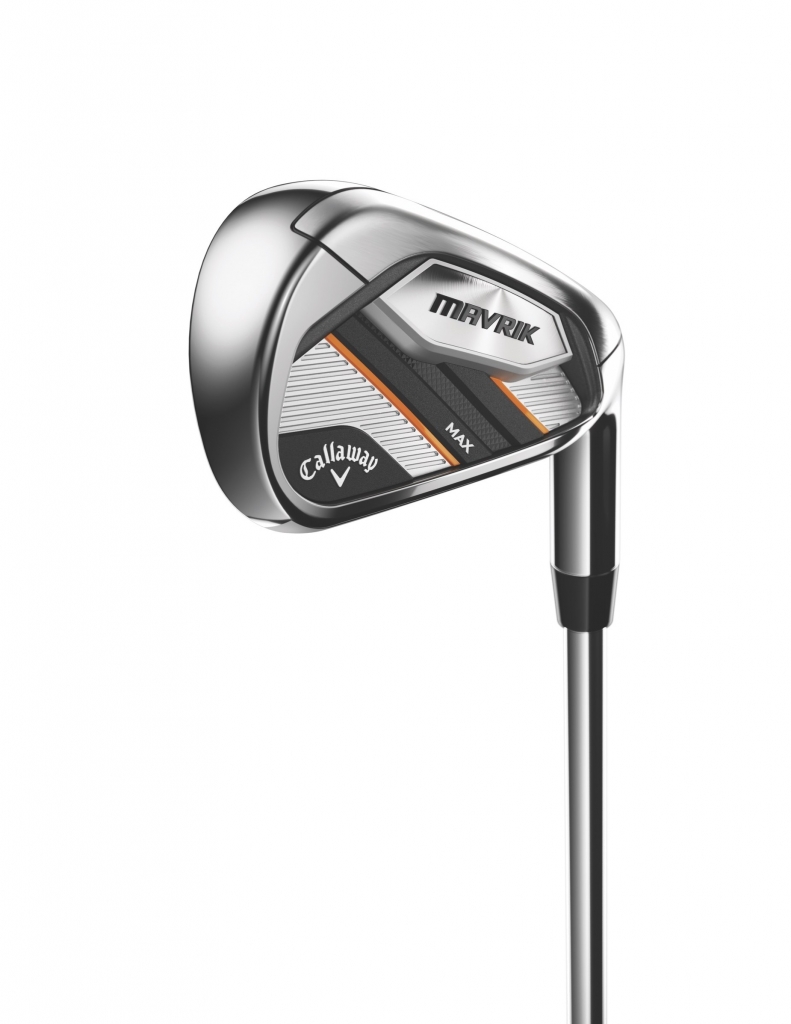 Mavrik Max also shares the core technologies of A.I.-driven flash cupfaces, tungsten energy core and urethane microspheres, but adds a twist for a super game-improvement iron: Instead of producing strong lofts for even more distance, Callaway backed off a couple of degrees (a 43-degree pitching wedge) to provide more launch angle for players that often need it.

“Players in this iron category often struggle to produce the kind of speed that allows them to get the ball in the air and keep it up there for suitable carry,” said Manwaring. “This should help with that.”