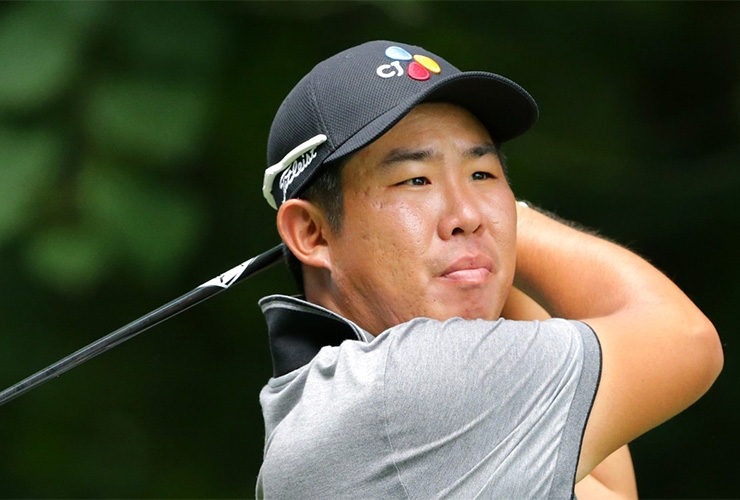 Wyndham Championship leader Byeong Hun An is in pursuit of his first PGA Tour victory, but adding to the difficulty on Sunday will be the fact that a past champion, Webb Simpson, is only one back.

An, 27, played a third straight bogey-free round at Sedgefield Country Club in Greensboro, N.C., a four-under par 66 to complete 54 holes in 17-under par 193.

An, a South Korean, has made 93 PGA Tour starts without a victory, though he has won on the European Tour, the 2015 BMW PGA Championship. He has finished runner-up in three PGA Tour events in his career.

Simpson, a North Carolina native, is seeking a sixth PGA Tour victory and first since the 2018 Players Championship. He finished second at the WGC-Fed Ex St. Jude Invitational last week.

“I had a chance to win there,” he said. “I played well down the stretch. It’s one of those feelings that you’re happy you played well and you had a hot finish at a good tournament, but you’re first out of winning. So it did create some more hunger to get back to the winner’s circle.”

Viktor Hovland, 21, the reigning U.S. Amateur champion, is among those in contention. He shot a six-under 64 and is three off the lead. He turned professional after tying for 12th in the U.S. Open in June and in his last three PGA Tour starts has finished T-13, T-13 and T-16.