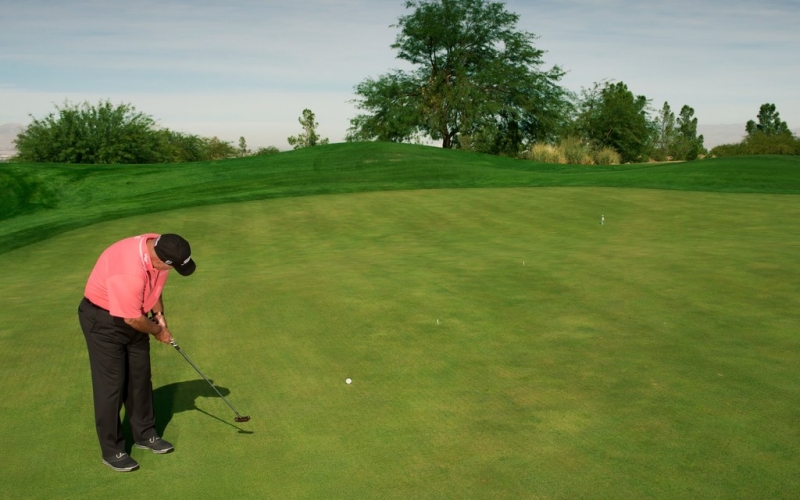 By Butch Harmon
I see this a lot: Golfers roll a bunch of 10- or 15-footers before they tee off, then they have to putt one clear across the green on the first hole. What happens? They usually three-putt because they have no feel for distance. The quick fix is to practice lag putts before you head out, but you also need to know the keys to effective long putting. Let’s take a look.

Golfers are often told to lock their wrists when they putt and control the stroke with their shoulders. That might work for short and mid-length putts, but from long range it leads to a stiff motion and no feel. By feel, I mean distance control: the ability to look at a putt, make a few practice strokes, and then put the right amount of hit on it. When you have a long putt, get the extra distance by letting your wrists hinge a little.

Here’s how: At address, your left wrist (for righties with a traditional grip) is slightly cupped or bent back. As you swing the putter away from the ball, let the momentum of the stroke flatten that wrist. That little bit of hinge will help you put more energy into the ball. Then, as you stroke through, let your right wrist flatten—that shows that you’re letting the putterhead release, which creates acceleration. That’s how you hit it harder without adding arm or shoulder motion.

Getting the pace right will become second nature if you work on these keys and make lag putting part of your warm-up. You’ll handle that long putt on the first green—and all the greens after it. —With Peter Morrice

WHAT MADE TIGER SO CLUTCH
Tiger was as good a putter as I’ve ever seen. He was phenomenal under pressure—he lived for those moments when he had to make one. And it wasn’t just on 18. It might be on No. 10 or 12 to keep a charge going. What Tiger did better than anyone was, he had great preparation before every putt. His pre-putt routine and setup, yes, but I’m talking more about attitude: Tiger would tell himself, I’m going to make this putt. And he usually did.

So much of good putting is just positive thinking, because the actual stroke is very simple. Let’s get back to our example above. If you allow yourself to think, Don’t three-putt, you’re pretty much programming a three-putt. So start with a positive thought, and then focus on making a longer, smoother stroke with that little wrist hinge back and through. You’ll make better contact than you would on a stroke where you try to force the ball to the hole. 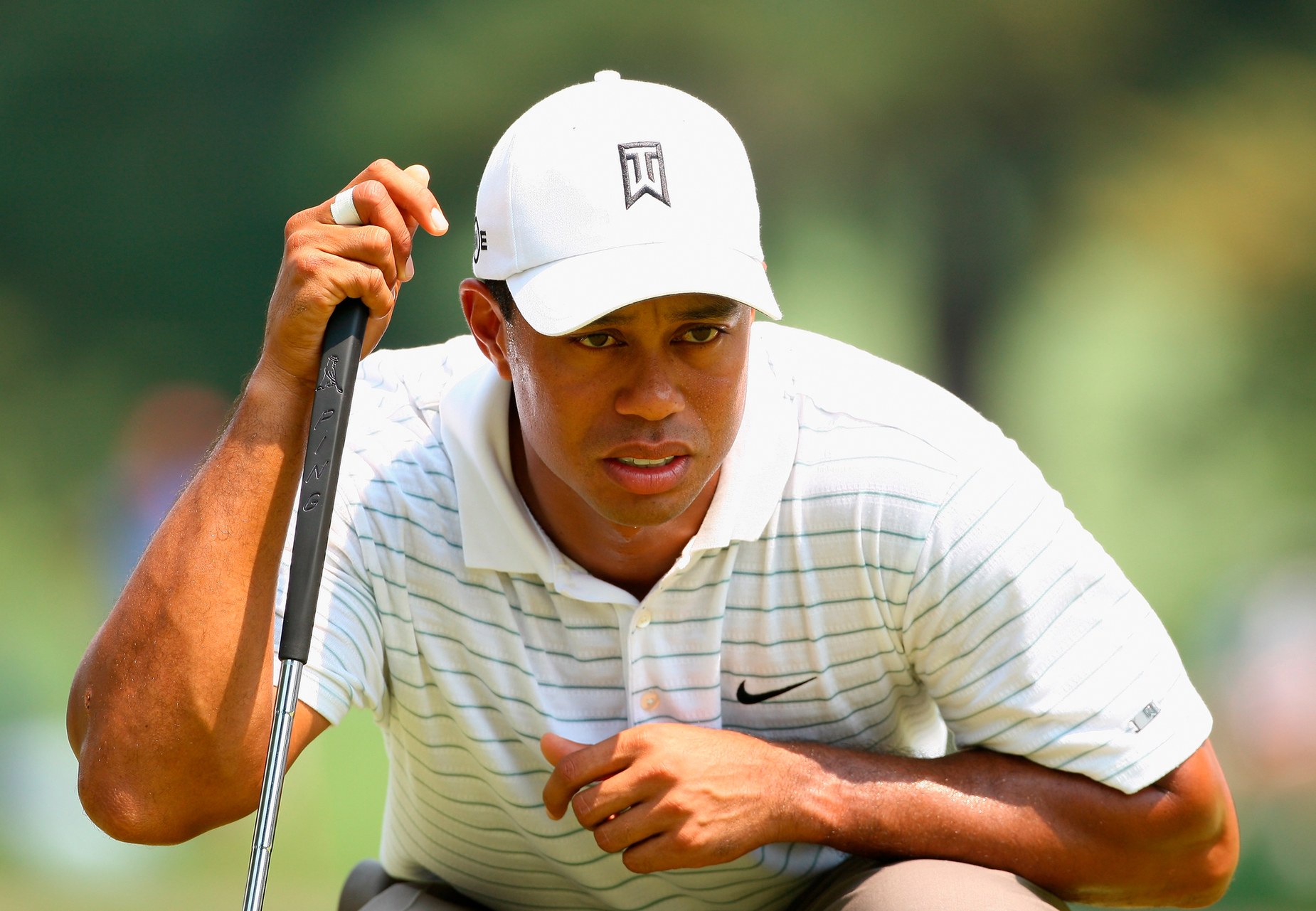