Bryson DeChambeau bulks up in a bid to gain driver distance 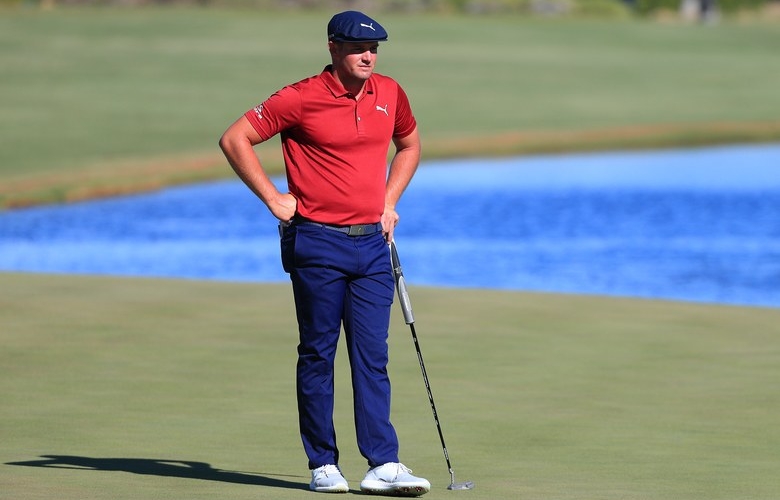 By Brian Wacker
NEW PROVIDENCE, Bahamas — Two months ago, Bryson DeChambeau weighed just under 90kg and struggled to do 10 arm raises with a 4.5kg weight. Now he’s up to 11kg weights and tips the scale at a brawny 102kg.

The gains haven’t been limited to his gym routine or sudden beefiness, either. The 26-year-old five-time PGA Tour winner says he has picked up 12 mph of ball speed — up to 185 — and another 6 mph in clubhead speed in recent weeks. During a breezy pro-am round at the Hero World Challenge on Tuesday, he blasted a few drives north of 350 yards.

“More distance,” DeChambeau said when asked what prompted him to pack on the pounds. “People are gonna say what they’re going to say.”

From the Scientist, to the Incredible Bulk, DeChambeau has always challenged convention and this latest example is no different. While other players have shied away from getting too big — or tried and seen their game and/or the body suffer — the former physics major from SMU has gone the opposite route, embracing a gym routine that now spans two sessions a day and often targets areas where he feels sore or weak.

He has done so in part to pick up more distance (though he did average more than 302 yards off the tee last season, ranking 34th on tour), but also to help deal with a balky back injury that he says stems from a trampoline accident as a child as well as the grind of hitting seemingly endless balls over the course of the year.

“My core has gotten substantially bigger relative to the rest of my body,” DeChambeau said.

Still, the newest experiment is, understandably, a work in progress.

“When I got a stronger core my hands weren’t able to keep up,” he said. “They weren’t able to tolerate the force my core was generating. So the last few weeks there’s been this mad dash to get my hands strong to handle what my core can produce.”

That has led DeChambeau to work on increasing his hand and even fingertip strength. One example: His workout routine includes a farmer’s walk with 70-pound weights in each hand. Two laps around the gym at Albany, where he spends much of his offseason, takes about 90 seconds.

He also does L-sit walks, a move used by gymnasts in which he walks on his hands with his legs extended off the ground in front of him at a 90-degree angle. It requires tremendous shoulder, arm and core strength.

“I wanted to [make changes] under a stable premise,” DeChambeau said. “I didn’t want to change any of the stuff I do [with my swing]. I just wanted to be able to swing faster and more powerful.”

He has made some changes, though, including hitting a driver that now features just 4.5 degrees of loft, which is 2.5 degrees less than what he was previously using.

How’s it all working out so far?

“I wanna be a gymnast,” DeChambeau said. “But it’s going to take a couple of tournaments to get comfortable with what I’m doing.”