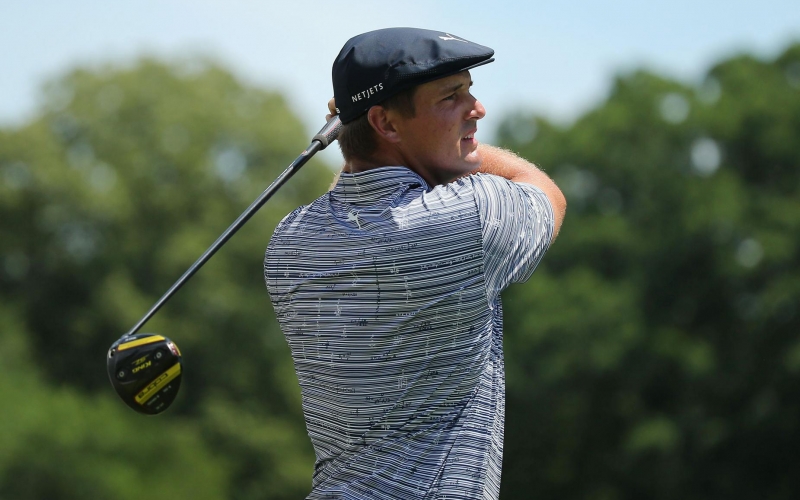 By Alex Myers
In winning the Rocket Mortgage Classic on Sunday, Bryson DeChambeau pulled off something no one had ever done in the ShotLink Era by leading the field in both strokes gained off the tee and strokes gained putting. But he also broke a 15-year-old record in a more antiquated stat. A record that happened to be held by Tiger Woods.

DeChambeau also led the field at Detroit Golf Club with an absurd driving distance average of 350.6 yards. And that is now the highest mark ever recorded for any winner of a PGA Tour event, according to the 15th Hole’s Justin Ray. The previous mark was set by Woods during his 2005 Open Championship victory.

As Ray also points out, average measured driving distance only takes into account two drives per round so it’s not the best stat. Still, anytime you get your name on top of Tiger’s in the record book, you take it.

“For me, I think there are going to be people trying to hit it a little harder, some of them, but at the end of the day, it’s going to take a generation for this to all evolve into something different,” DeChambeau told reporters following his win. “I really think there are going to be a lot more players down the road trying to hit it as far as they possibly can, and straight.”

Maybe so, but in the meantime, the 26-year-old certainly isn’t going anywhere. And after picking up his sixth PGA Tour title, it seems likely this won’t be the last time he destroys a distance record.