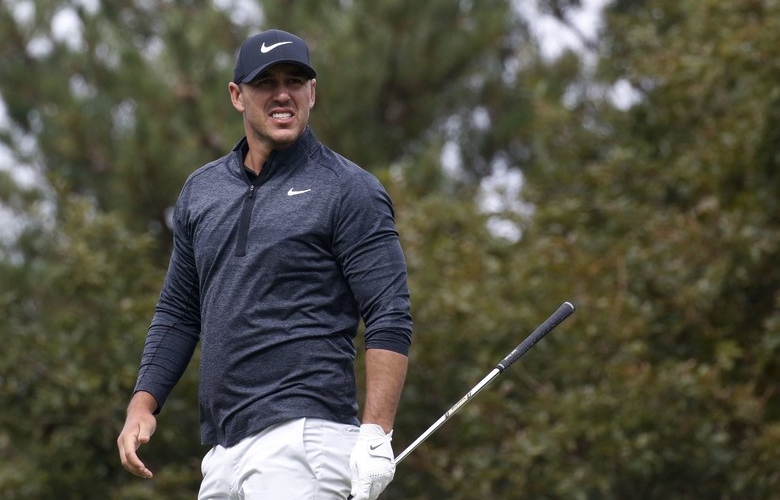 Brooks Koepka of USA action during The CJ Cup @ Nine Bridges Round 2 at Nine Bridge Golf Club in Jeju, South Korea, on October 18, 2019. (Photo by Seung-il Ryu/NurPhoto via Getty Images)

By John Strege
Brooks Koepka, No. 1 in the Official World Golf Ranking, withdrew from the CJ Cup @ Nine Bridges prior to the start of the third round, citing a knee injury, the PGA Tour announced.

Koepka shot 69-75 and was tied for 51st at the halfway point at Nine Bridges on Jeju Island, South Korea. It was his second start of the new season. He missed the cut in his first start, at the Shriners Hospitals for Children Open, earlier this month.

When Koepka spoke to the media prior to the Shriners, he said that after the Tour Championship he had received a stem-cell injection in his left knee. He had had a partially torn patella tendon, he said. On Wednesday, Koepka addressed the knee issue in a pre-tournament news conference.

“My knee’s fine, it feels good,” he said. “It bugged me since March maybe, but everything’s fine now. Did my rehab, my recovery, and there shouldn’t be any issues. Hopefully, there might be one more round of stem cells may be before the end of the year during some off time. But other than that, I feel great. My knee feels good. It’s the first time it’s been feeling consistently good in a while.”

In a statement released through the PGA Tour on Saturday in Korea, Koepka said that he reaggravated the injury when he slipped on wet concrete during his second round. Koepka said he will return Florida for further testing at the advice of doctors, and will miss playing in next week’s inaugural Zozo Championship in Japan.