Brooks Koepka cruises to his third victory this season with final-round 65 at WGC-FedEx St. Jude Invitational 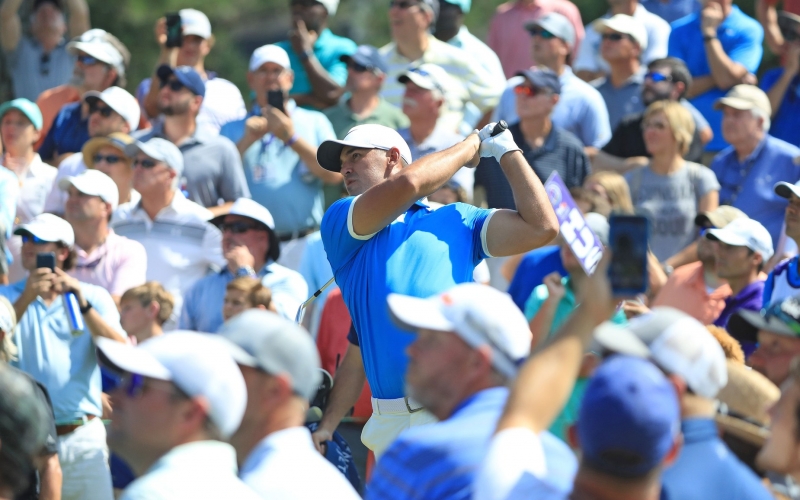 By Christopher Powers
What was supposed to be an epic showdown between Brooks Koekpa and Rory McIlroy on Sunday at the WGC-FedEx St. Jude Invitational was anything but, as Koepka stormed into the lead early in his final round and never looked back. Without any real pressure from McIlroy or a host of other top-ranked players chasing him, Koepka was able to cruise to his third victory of the season with a final-round 65 at TPC Southwind. His 16-under 264 total was three clear of the next closest competitor, Webb Simpson, who shot a closing 64, and five clear of McIlroy, who shot a one-over 71.

“It’s so special,” said Koepka of his first WGC win. “Everything here, St. Jude, it gives me chills even thinking about it. It’s been one of my favourite stops on tour for four or five years now. To win here is really special to me.”

The win is the seventh of Koepka’s career, but just his third non-major victory. Back in the fall, Koepka won the CJ Cup @ Nine Bridges, his first start of the 2018-’19 season. His other non-major victory was his first career win on tour, and it came at the 2015 Waste Management Phoenix Open.

As for McIlroy, it’s another round to add to his growing list of Sunday stumbles. While he has had his share of triumphs, including two this year and one that included a final-round 61 in Canada, he has several frustrating days like Sunday that befuddle not only him but everyone watching. He wound up finishing in a tie for fourth, giving him his 12th finish of T-9 or better this season.

Finishing in solo third was Marc Leishman, who shot a three-under 67. A pair of Englishmen, Tommy Fleetwood and Matthew Fitzpatrick, tied McIlroy for fourth.