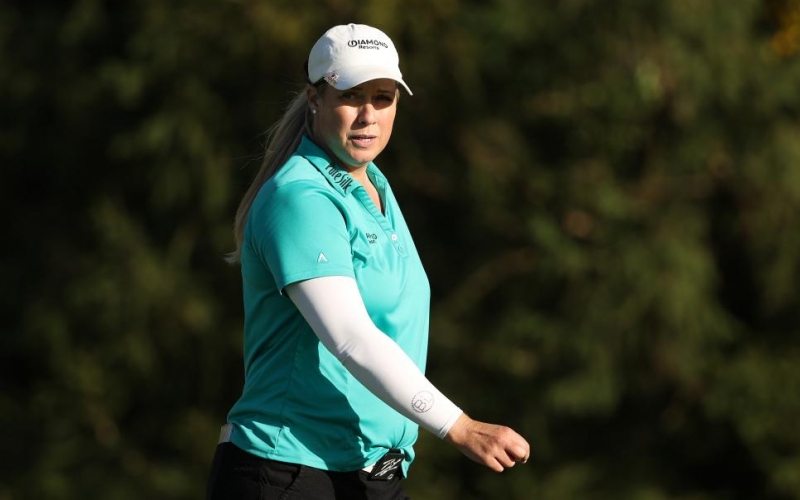 Patrick Smith
Brittany Lincicome played in nine LPGA events since the restart but has withdrawn from this week’s Volunteers of America Classic after testing positive for COVID-19.

By Keely Levins
After taking Thanksgiving off, the LPGA Tour returns this week at the Volunteers of America Classic outside of Dallas, the first of three final events in 2020. But it will do so without one high-profile player. Brittany Lincicome, a two-time major winner, announced on social media that she has withdrawn from the event after stating that she tested positive for COVID-19.

Lincicome’s positive result came while at her home last week. The LPGA Tour’s testing protocols involve testing players before they travel to an event and then again when they arrive on site.

Though Lincicome’s test came back positive, she was happy to report that both her husband and her daughter have tested negative.

“I am now self-isolating and working on contract tracing with all those I have been in contact with,” Lincicome wrote on Instagram. “I have mild symptoms but am very disappointed to have to withdraw from the Volunteers of America Classic. I will be isolating at home until it is safe to resume my schedule. I wish everyone the best of luck and look forward to when I can return to playing on Tour.”

The 35-year-old has played in nine events since the LPGA restart this summer, her best finish coming at the KPMG Women’s PGA Championship with a T-9 showing.

The week after the Volunteers of America Classic is the last major of 2020, the U.S. Women’s Open, followed by the CME Group Tour Championship. Lincicome ranks 67th in the Race to the CME standings, with the top 70 earning invitations to the year-end event where the winner earns a $1.1 million first-place prize.