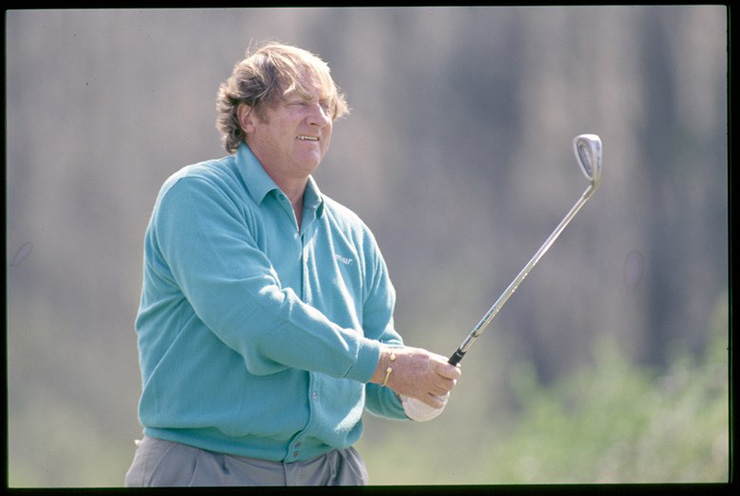 By Joel Beall
Brian Barnes, who famously defeated Jack Nicklaus twice in one day at the 1975 Ryder Cup, has died after a bout with cancer. He was 74.

Barnes won 20 times as a professional, highlighted by nine titles on the European Tour. He was the son-in-law of Max Faulkner, who won the 1951 Open Championship at Royal Portrush. More than four decades later, Barnes would win the Senior British Open at Portrush, and defend his title the next year at the Northern Ireland venue.

Barnes represented Great Britain & Ireland, and finally Europe, in six consecutive Ryder Cups (1969 to 1979). Though he had a 10–14–1 career record at the biennial event, he’s regarded as a team hero for knocking off Nicklaus twice in Sunday singles at Laurel Valley.

Though beating the Golden Bear was a feat in itself, Barnes’ legend grew when he admitted to Nicklaus that he was “drunk as a monkey” in both matches.

“You never even knew he was having a drink. He was an alcoholic,” Nicklaus said in 2016. “But he beat me twice.”

Barnes was known as a character, marking his ball with a beer can and often seen smoking a pipe on the course. “We’re bloody entertainers,” was often his response regarding his on-course behaviour. He was also the author of one of the biggest single-hole blow-ups in professional history at the 1968 French Open.

After coming up short with a par putt and then lipping out his bogey attempt, Barnes quick-raked the putt and began hitting the ball back-and-forth like a hockey puck. When all the strokes and penalties were counted, he walked away with a 15.

Barnes eventually achieved sobriety, but a battle with arthritis prematurely ended his career.

According to Barnes’ family, his bout with cancer was short.

“It was very sudden. I played a round of golf with him in May, and he played 18 holes with no problem at all,” Guy Faulkner, Barnes’ brother-in-law, told the Press Association.