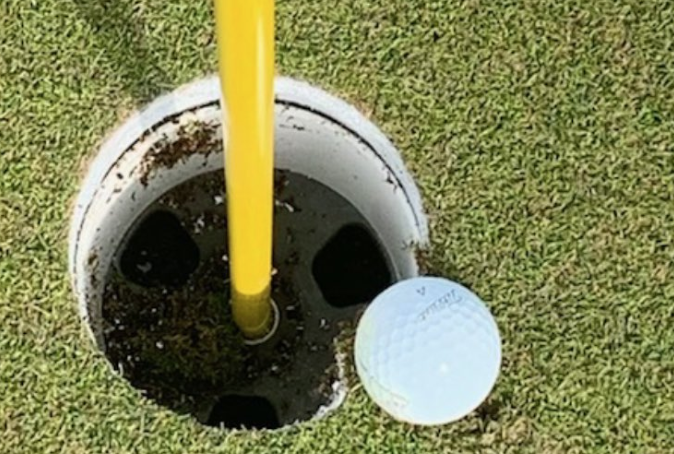 By Alex Myers
If Brandel Chamblee winds up missing out on a PGA Tour Champions card by one shot, he will directly trace it back to the “half” shot he lost during the opening round of Q School’s final stage on Tuesday.

The Golf Channel analyst was the victim of an absolutely brutal break at TPC Scottsdale’s par-3 sixth when his tee shot plugged on the edge of the cup without going in for a hole-in-one. Check it out:

We had the same reaction: HOW?!

Chamblee may analyze golf for a living, but his calculations are off there as he clearly missed the cup by less than two inches. He could whisper something about Tiger Woods at that golf ball and it would drop. Amazing.

At least for Chamblee, as you probably guessed for a past PGA Tour winner, he has other aces on his résumé. In fact, he later joked he now has five and a half.

What remains to be seen is if Chamblee, 57, can check off another golf accomplishment by earning a full-time spot on the senior tour. On the bright side, this excruciatingly close shot resulted in his fourth birdie in six holes during a second-nine 31 after a rough start.

Chamblee is currently T-17 after the first of four rounds, two shots out of the top five spots, which will earn tour cards for next season. But regardless of where he finishes on the leader board, he’s got a great story to tell the next time he’s on TV.