Brandel Chamblee rips Phil Mickelson on podcast: ‘One of the worst apologies I’ve ever seen written’ 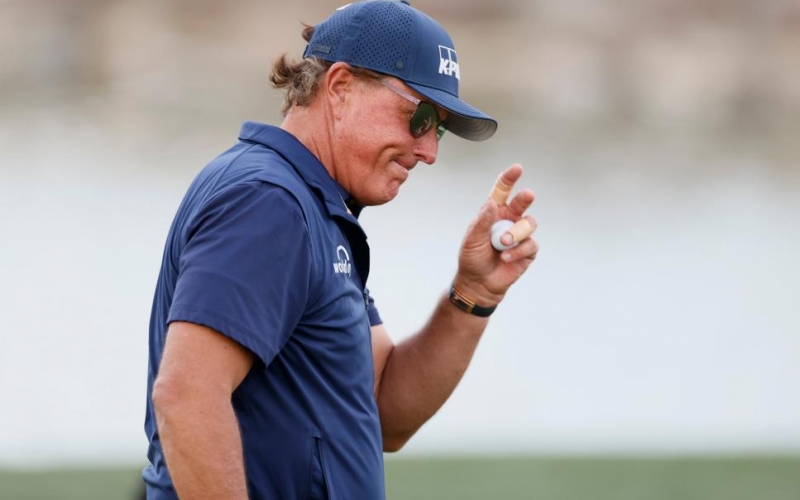 By Christopher Powers
Not long after Phil Mickelson apologised for his “reckless” Saudi golf comments, Golf Channel analyst Brandel Chamblee dissected the reigning PGA champion’s statement as only he can. Never one to shy away from calling it how he sees it, Chamblee specifically honed in on the third and fourth paragraphs, calling them “damage control.”

Chamblee doubled down on Wednesday on the Stripe Show podcast, calling Mickelson’s statement “one of the worst apologies I’ve ever seen written.”

“The first paragraph is him pretending to be a victim,” Chamblee said. “The second, he’s trying to pretend he’s an ‘activist.’ What ill in that second paragraph is he trying to solve in the game of golf? That the world of professional golf doesn’t have a tour funded by one of if not the most reprehensible regimes in the world? The game of golf really needs that? That first sentence, ‘golf desperately needs change.’ Who believes that? Golf has never been better, it has never been more of a booming nature to the game. From the equipment, new numbers of golfers coming to the game, women, children, a less-informal crowd, which is great for the game. The game couldn’t be better. All he’s doing behind the scenes is working both sides of the street so that he can ensure his biggest payday.

“You can dismiss the first two paragraphs of the statement, because they are nonsense. Really, the third and fourth paragraphs are about spin and damage control, and about trying to shore up the damage he did to the relationship with the Saudis, when he said that they were ‘scary mofos.’ When he said he’s not even sure if he wants it to succeed. This is a guy who, by the way, had co-wrote the operating procedure for this golf league. He’s been in bed with them for awhile, and then he’s stabbing them in the back. And then the fifth and sixth paragraphs are him trying to say ‘look, I’m really just a good guy here.’ Eliminate the first two paragraphs and the last two paragraphs and just hone in on the third and fourth paragraphs, and that’s where you find out who Phil is.”

Chamblee didn’t stop there, as the conversation then delved into who the “real” Mickelson is when the cameras aren’t rolling. “I’d dare say 100 percent of the players out there would rather play with Tiger and they recognize Tiger for being authentic,” he said. “Phil’s always had a reputation amongst the players as trying to manipulate almost every scenario to benefit himself.”

One such scenario, according to Chamblee, occurred shortly after Mickelson’s 2013 Open Championship triumph at Muirfield.

“I can give you all kinds of instances of troubling, eye-raising things that Phil has done. When he won the Open Championship in 2013, you’re meant to — I believe when you enter the tournament you sign that you are going to go in and get the claret jug, if you win it. So he wins it, and he refuses to go in and do it. ‘Gimme the jug, I’m outta here.’ He’s flying privately, those planes tend to wait on the people who are paying for them. But he refuses. And it’s told to him look, you don’t get the claret jug until you go in and have this dinner. After a back and forth, I think he agreed to go in and just do a fly-by.”

While discussing how Mickelson’s involvement with the Saudis will affect this legacy, Chamblee was asked if Mickelson will ever be a Ryder Cup or Presidents Cup captain, which was always a matter of when, not if. Before this recent controversy, most had Mickelson pegged as a lock to captain the U.S. Ryder Cup team in 2025 at Bethpage Black. Chamblee no longer believes that to be the case.

“I sure don’t see how. There’s too many hurdles to get over here.”

As for whether he’s played in his last PGA Tour event, Chamblee wasn’t prepared to go that far, yet.

“Who looked like they enjoyed playing golf more than Phil? He seemed to play every daggum week, and playing the PGA Tour Champions and winning. He had this PGA Tour Champions run in front of him. It would be hard for me to believe that. If we don’t see him play in the PGA Championship, then I think we’ll all know he’s been permanently banned.”