Birthday wisdom: What Jack Nicklaus shared with Golf Digest when celebrating past milestones 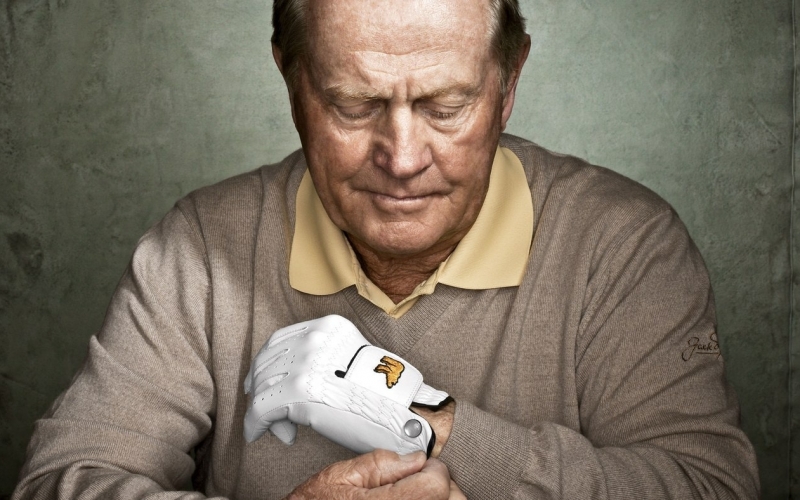 By Mike O’Malley
Golf Digest has shared multiple milestone birthdays with Jack Nicklaus over the years, and they’re an intriguing window to his soul—a blend of knowledge, humor, grace … and some brutally candid assessments of himself and others.

Twenty years later, Jack is hitting 80. Some highlights from our coverage:

Competing in majors: “I might put myself in a position to be competitive in the Masters or the U.S. Open [he finished T-6 at Augusta at age 58 in 1998, also the year he last made the cut in a U.S. Open]. I don’t literally expect to go out and prepare myself six weeks for the U.S. Open and go out and win. … But it could happen. I’m not discounting that.”

Beating the competition: “Letting go is still tough on me. … As far as I can see, there is no good reason I shouldn’t go out and beat everyone’s brains out. … Of course, the real question is, ‘If you know you can beat them, why don’t you go do it?’ ”

Glory days: “If I went out right now and started practicing and spent the next year in golf, could I be dominant again? No. … That’s life. There’s nothing you can change about that. I don’t have any regrets.”

Mortality: “My dad was 56 when he died. I certainly hope to hell I’ll be around beyond age 56.”

Goals and happiness: “I’m a pretty lucky guy. Yes, I’m happy. But … I’m torn between a lot of things. … Even though I love to play golf, I really don’t have any goals. I hate to admit that. I’ve been goal-oriented my entire career, and I’m not goal-oriented now. That’s my problem. That’s my biggest problem.”

Chronic back pain and other physical limitations: “You don’t want to play when it hurts you. I couldn’t work at it, and I didn’t want to work at it. Then you get frustrated because you can’t perform. It’s an endless circle.”

Memories: “We had a real senior moment during the first round of The Tradition in March. One hole, Dale Douglass was walking all over Dave Stockton’s line on the green. Maybe three times. Then I called Dale ‘Dave.’ Then I apologized to Dale for calling him Dave and he said, ‘That’s OK, I never heard you anyway.’ ”

Times change: “My parents probably didn’t feel as good about the world I was growing into as the world they grew up in. I mean, we had air-raid drills in school because of the threat of nuclear war. We don’t have any of that stuff anymore. But do I like the drug scene or the crime we see today? The security measures that have to be taken today in our society? Of course not. But that’s what things are.”

Nicklaus and Tiger Woods stand during the first round of the 2000 PGA Championship. (Jeff Haynes)

Trying marijuana: “A long time ago, a college friend came to a tournament and we went to dinner. He asked me if it was OK to smoke. I said, ‘Of course.’ He said, ‘No, Jack, you don’t understand. I don’t mean smoke what I always used to smoke. I mean marijuana.’ So he did, and I asked him to have a puff to see what it tasted like. … By 8 o’clock that night, I was done. I was ready for bed. I never tried marijuana again, and I wouldn’t know what cocaine looked like if you brought it into this room right now. But I wanted to know about marijuana. I’ve got kids. I would guess they’ve tried it. I would be amazed if they haven’t.”

Relationship with Arnold Palmer: “I saw what he said about our age difference. When he was 30, I was 20, and that’s a difference. So is 50 and 40, because he went to the senior tour while I was on the regular tour. There’s not a whole lot of difference, though, between 60 and 50 or 70 and 60. We play a lot of golf together now, and we still try to beat each other’s brains in.”

Desire to play: “I still have that. But I also have all these dings affecting me like they never did before. Magnets on my hands. A foot problem. Arthritis. My knee. Then I hurt my back. It seems I wake up every day with something else wrong. So, right now I’m not real happy with my first few months of being 60. But I’ll work at it and see what happens.”

Competition: “I’m 60. I have my last exemption for the U.S. Open this year. The British Open is at St. Andrews. Those two are the guiding lights. So, this is probably the last time I’ll play all four majors.” [Nicklaus last played the U.S. Open and the PGA Championship in 2000, and his final Masters and Open Championship came in 2005.]

Nicklaus waves from the Swilcan Bridge on the 18th hole at the Old Course as he play his last competitive round at the British Open in 2005. (Robert Beck)

Being a ceremonial starter at the Masters: “Would I object, if I made it to 90, to hitting a ball off the first tee for old times’ sake? No. But would I like going around Augusta, shooting 85 on a regular basis? No. I don’t want to shoot 85 anywhere. I don’t like shooting 75. That’s pathetic for someone like myself who has worked his tail off.”

Shooting his age: “I’ve been fortunate in my career to make a little history on the 16th hole at Augusta National. But one day last spring, I stood on that tee box, and I caught myself doing a little scorecard-watching, not scoreboard-watching. Playing a casual round with friends, I found myself four under par and on the cusp of shooting my age, 69, or better at a place that has meant so much to me. I didn’t make history—just made a bad swing and a splash. A double bogey ruined my score but not my day, as I shot 70. (I’d shot my age for the first time at 64 in Hawaii.)”

Nicklaus posing for Golf Digest for his 70th birthday in 2010. (Dan Winters)

Making adjustments: “As the year went on and I played my usual one round or so a month, I found myself trying to take the game a little less seriously. Not that this has been easy. Almost 4½ years removed from my last competitive round and staring down my 70th birthday, I still find it difficult getting over, well, being me. See, as much as I love the game, golf was my vehicle to competition. And I love to compete. That’s why the poor shots still sting and bring out the ‘Oh, Jack!’ and the good ones, especially those that come on the 18th hole with a close friend pressing me, bring on a smile and a wink.

Relying on other things: “Of course, nobody wants to let go. But when your skills leave you, what you can do? What helped is that golf was never the most important thing in my life. Now I rely on doing other things … more important things, and that’s family. … I just always did family stuff. And then all of a sudden when there were voids in my life, we started filling them with more family activities. … You better seize the moment, because those moments pass.”