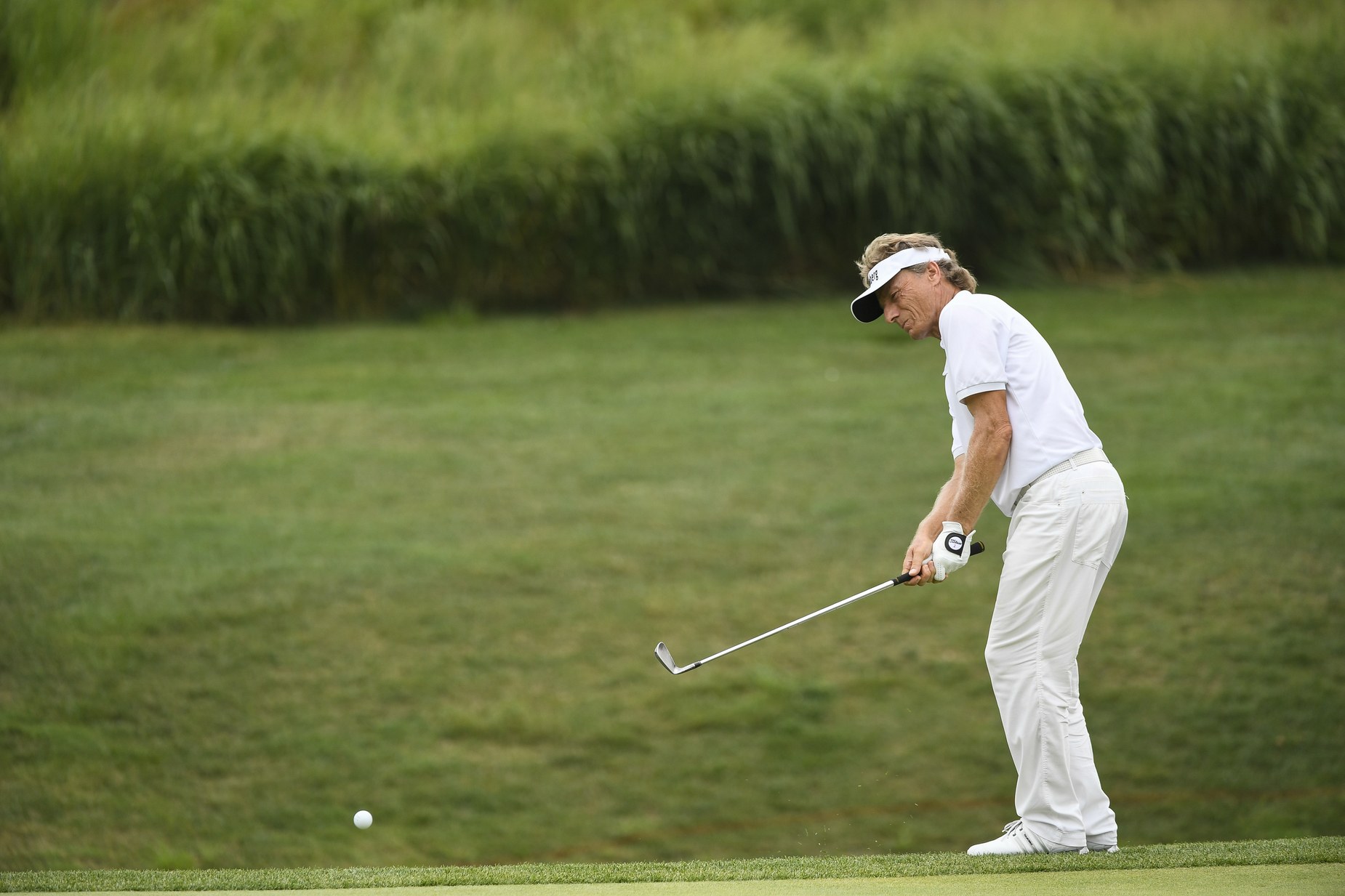 Bernhard Langer has been dominant generally on the PGA Tour Champions, but specifically has come to own the Constellation Senior Players Championship, with three straight victories and a strong start in pursuit of a fourth.

Langer, 59, shot a bogey-free seven-under 65 at Caves Valley Golf Club outside of Baltimore, Md., on Thursday to tie for second, one shot back Larry Mize and matching the scores of Corey Pavin and Steve Flesch.

“It’s pretty unusual to win any tournament three times in a row,” Langer said, “and to win it on three different golf courses makes it even more special. But they’ve had some phenomenal venues for this championship. It’s always been fun wherever we went to. And the same this year, here at Caves Valley.

“The course is phenomenal. It’s in great shape. It’s pretty hot today, so it’s taxing to be out here for five or six hours with the warmup and all that. But the greens are beautiful. They’re fast and true. It’s just a pleasure being here. It reminds me a little of Augusta.”

He already has won three times this year, two of them majors, and leads the PGA Tour Champions in earnings by nearly $600,000.