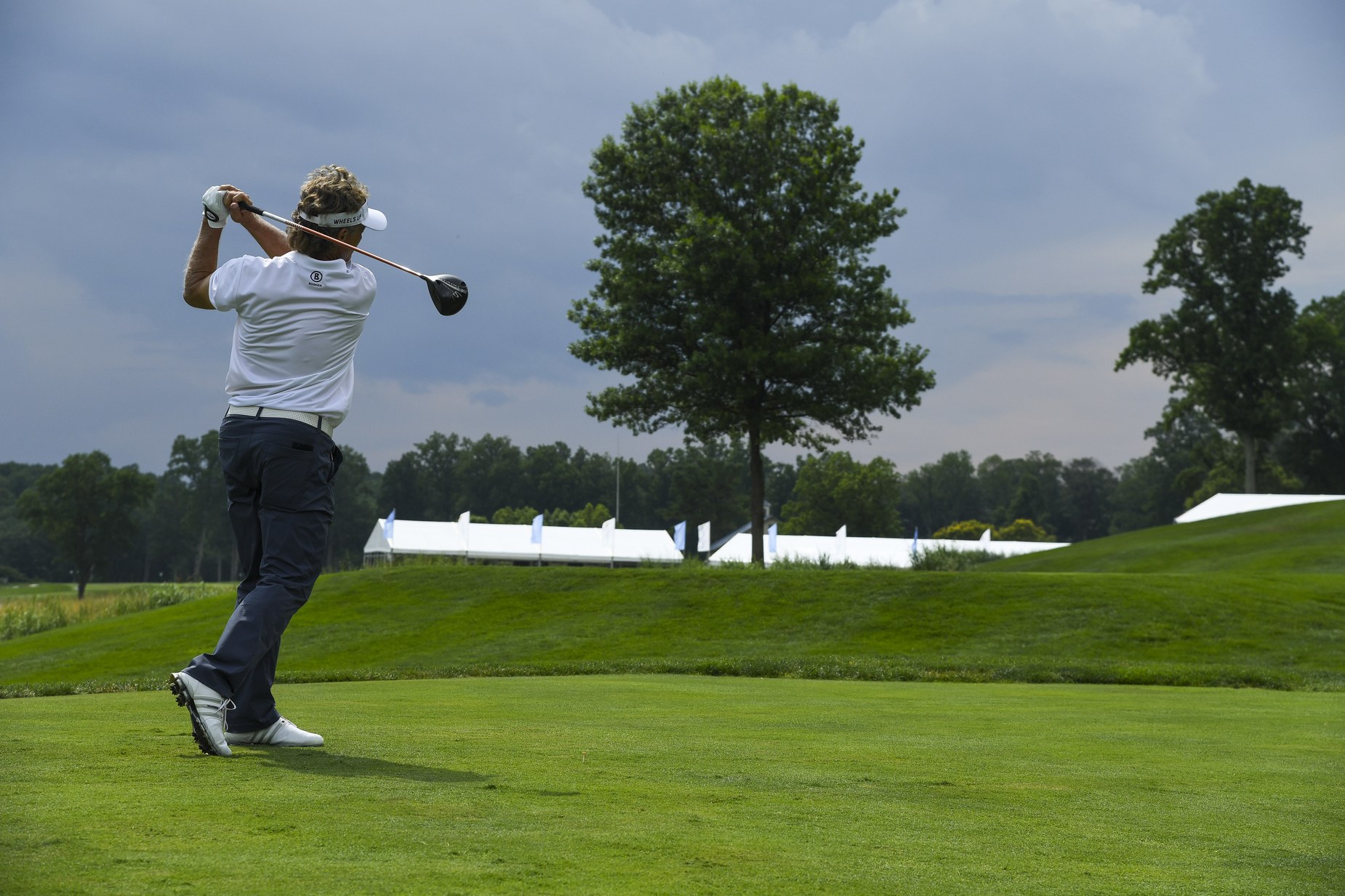 By John Strege
Bernhard Langer, chasing a fourth straight victory in the Constellation Senior Players Championship, took the lead on Friday when play was suspended for the day because of lightning.

Langer, who also is seeking a third major championship this year, was six under par through 16 holes at Caves Valley Golf Club outside Baltimore to get to 13-under overall. He was two strokes ahead of Corey Pavin, who had completed his round and had shot 68. Langer opened with his first bogey of the tournament, but made seven birdies in the next 15 holes, including five in a seven-hole stretch on the back nine.

Larry Mize, the first-round leader, shot a 76 and is tied for 15th.