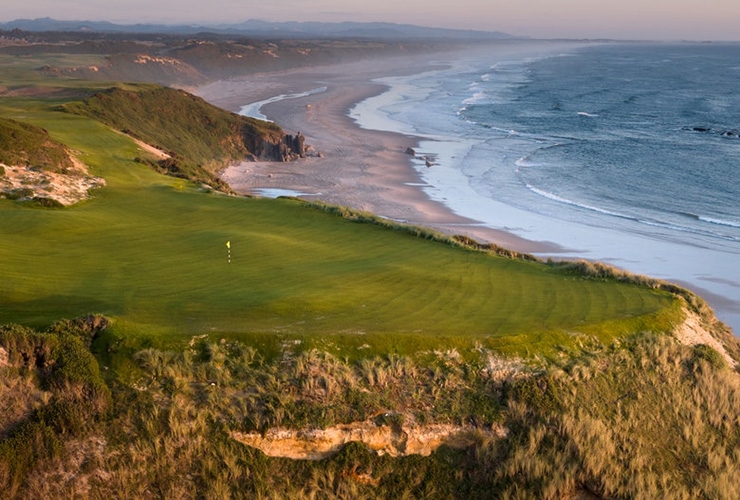 By Stephen Hennessey
Now’s the time of the year when, typically, golf resorts around the country are gearing up for its summer boom. That schedule has been altered but not halted by the coronavirus crisis, and with a rising number of states allowing golf with some limitations, there’s some positive news to report from some of golf’s biggest resorts.

First, the National Golf Foundation projects that 93 percent of golf courses will be open in some form by May 17. Contrast that with the fact that only 49 percent of courses were open a few weekends ago (April 19), and the gradual re-opening of business around the country has a parallel with golf courses, according to statistics gathered by the organization.

Monday also brought the news that Bandon Dunes Golf Resort, home to four 18-hole courses, all of which rank among Golf Digest’s 100 Greatest, will re-open on May 11, and the much-anticipated Sheep Ranch will open as scheduled on June 1. The Oregon resort published a 15-page document on its website outlining its preventative policies, which include practices such as all caddies and staff members wearing masks, shuttle busses containing plexiglass protective shields and counters such as the pro shop, and outdoor hand-washing stations in high traffic areas. Preview play on the new Coore and Crenshaw course will be available to some resort guests prior to June 1.

Pebble Beach and Spyglass Hill also opened on Monday with strict social-distance guidelines including no caddies and push carts allowed. Tee times, usually reserved for resort guests or only one day in advance for public play, are accessible to the public for the month of May at discounted rates ($495 for Pebble Beach, a 14 percent reduction from the usual $575; and $325 for Spyglass, which is 22 percent less than its $415 fee). Golf carts are allowed, but only one golfer per cart, the resort says. Each golfer will also be offered a precautionary “care pack,” which includes sanitizing wipes, a mask and a pencil/scorecard, in addition to the commemorative bag tag often given to customers. Flagsticks are required to stay in, with a foam liner in each cup, similar to Bandon guidelines, to prevent golfers from touching the bottom of the hole.

Last weekend saw golf back for the first time for many golf-rich states, including Illinois, New Jersey, Pennsylvania, Nevada, New Mexico and Maine, meaning that 80 percent of facilities had opened as of Saturday. Illinois and New Jersey restricted courses to only allow twosomes booked 16 minutes apart, but many courses reported full tee sheets in their first weekend of open business. TPC Harding Park, scheduled to host the PGA Championship in August, also opened on Monday like Pebble.

Though this isn’t exactly the opening of the season golfers envisioned, with most courses being opened in the U.S. as of next weekend, golfers in most parts of the country will have the ability to get out to play, and with the proper precautions and strict restrictions, that’s a welcome sign for many.