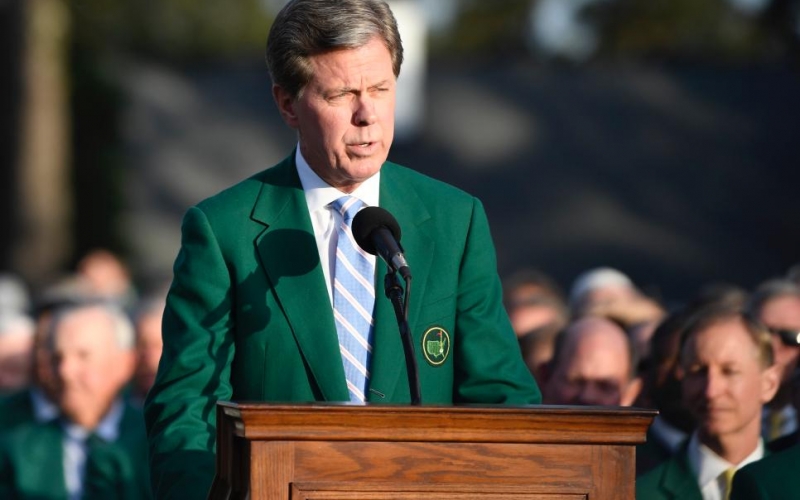 By Tod Leonard
The impact of the COVID-19 pandemic and civil unrest in the United States did not go unexamined inside the gates of the Augusta National Golf Club. The Masters had to be moved from April to November because of the coronavirus, but like all communities, there were far more important concerns. The city of Augusta and its working-class people were hit hard by COVID-19, battling the illness and unemployment. There is also a robust medical community that was shaken to its core.

The events of this year produced a time of reflection among those fortunate enough to wear green jackets as Augusta National members.

“Although we strive to meet our duty and obligation to give back to the community that has given us so much,” Masters and ANGC Chairman Fred Ridley said on Wednesday, “the past six months prompted us to reflect and ask ourselves the question: What more can we do to move our city forward?”

Ridley was prepared with an answer on the eve of the Masters. He announced that, with partners AT&T, Bank of America and IBM, they would contribute $10 million for the redevelopment of two neighbourhoods that are just a couple minutes down Washington Road from Augusta National.

The efforts follow Augusta National’s previous work this year with Augusta’s Community Foundation, with the two organisations coordinating a joint contribution of $1 million to increase local testing for COVID-19 and $1 million to a coronavirus emergency response fund.

Displaying a map on video screens on Wednesday, Ridley showed the neighbourhoods of Harrisburg and Laney Walker, which run up against the Augusta State University Medical Center. They are historic areas and “once-thriving communities,” Ridley said, that have “experienced decades of disinvestment, poverty, crime and unemployment.”

The Medical College of Georgia Foundation recently began a substantial redevelopment project in the neighbourhoods, and ANGC and its partners will each contribute $2.5 million to those efforts, Ridley said. Among the work will be the construction of a state-of-the-art community centre and a new Boys & Girls Club headquarters.

“This is exciting progress to report, and we want to do our part to help make this vision a reality,” Ridley said.