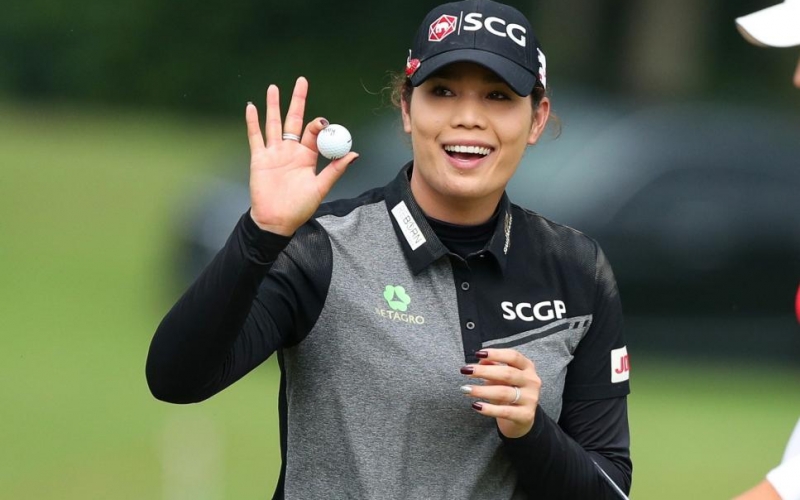 On Sunday at the Honda LPGA Thailand, former World No. 1 Ariya Jutanugarn joined them, shooting a closing 63 to win by a shot at Siam Country Club and become the first Thai native to win the 15-year-old tournament.

But Jutanugarn’s victory—made even more dramatic after having to wait out a 69-minute weather delay to see if her score would hold up—was particularly inspirational after hearing just how dark things had gotten for the 25-year-old two-time major winner, whose last victory came at the 2018 Aberdeen Standard Investments Ladies Scottish Open some 1,015 days earlier.

“I just feel so good,” Jutanugarn said at her press conference after winning her 11th career LPGA title. “Not only for a Thai player to win, but I had really tough time last two years. I don’t know how many times I told my psych coach, ‘You know what, I want to rest, I want to stop for a while.’ But every time, I looked at the kids, I wanted to give them inspiration, too. So I felt like, you know what, just don’t give up, do your best, try harder, keep trying, and one day, you will get it.”

Her closest point from walking away from the game was last year when inconsistency with her swing caused to struggle just to post top-10 finishes. Jutanugarn credited her team—she works with Pia Nilsson and Lynn Marriott—for keeping faith in her regardless of how much she had in herself.

“I would say without them I am not who I am. How many times I just wanted to stop, and I feel it’s so tough for me,” Jutanugarn said. “Pia and Lynn told me this morning that I want you to believe in yourself in the same level they believe in me. That meant so much to me.”

“As a young star, she was experiencing the bad stress of expectations from herself and others,” Nilsson said. “With all the attention, she is figuring out who she is, what makes her happy and what she wants in life and golf.”

Jutanugarn has been talking to Nilsson and Marrriott on the phone every day during the LPGA’s two weeks in Asia. It was Nilsson’s birthday Saturday, and Nilsson asked Jutanugarn for a gift: be fully committed all day. Like the nugget they gave fellow Thai native Patty Tavatanakit before her victory at the ANA Inspiration, it worked wonders.

Jutanugarn started the final round five off Tavatanakit’s lead. She birdied her opening three holes, setting the pace for a six-under 30 front nine. She was part of a cadre of stars climbing up the leader board to pressure Tavatanakit and 18-year-old Atthaya Thitikul, another Thai native trying to make history in the event. Defending champion Amy Yang and former World No. 1 So Yeon Ryu shot 64s to finish at 20 under.

Tavatanakit, who shot a pair of 64s to start the tournament, ultimate fell out of contention with a final-round 70, birdieing her last two holes to join Yang and Ryu in third place.

Jutanugarn, down to the No. 33 player in the world, did not lose steam on the back nine. She birdied the 10th and 12th holes to sit eight under par for the round and 21 under for the tournament. She had putts to tie the lead on the 14th, 17th and 18th, making the final one to get to the clubhouse at 22 under.

The tie was only for a blink, as Thitikul three-putted for her first bogey of the day on the 17th to fall back to 21 under. She teed off on the short par-5 18th, with her average drive of 276 yards putting her in position to reach in two.

Then, the horn blared with bad weather moving in.

While the final two groups had golf left to play, Jutanugarn tried to stay away from everyone. She listened to music near the practice facility until it reopened, her sister Moriya around lending moral support.

When play resumed, Thitikul hit her second shot to the back fringe. She then chipped her third to four feet, setting up a birdie putt that would lead to a playoff, only to miss the putt and finish one back. 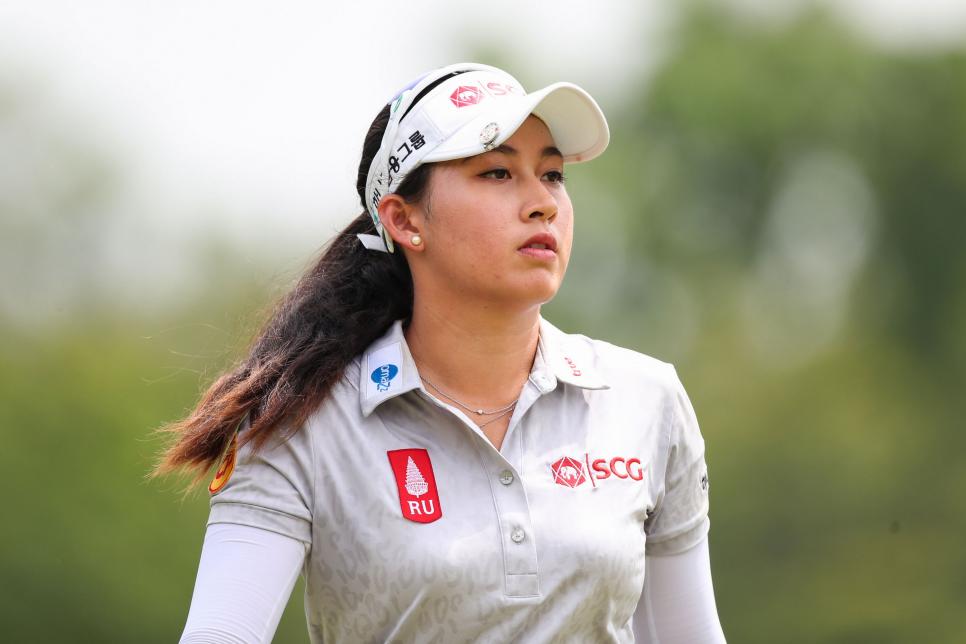 “That last putt I just feel like, ‘OK, give me a good one and do my best that I can,’ ” Thitikul said.

Like Hannah Green last week, Thitikul missed two short putts on the final two holes to hand the win to the clubhouse leader.

When Jutanugarn realized she won, she broke down and kneeled on the ground, embraced by Moriya. All the emotions of nearly walking away from golf last year welled up within her.

“She said, ‘No matter, I’m always proud of you,’ ” Jutanguarn said of what Moriya told her.

“As a young star, she was experiencing the bad stress of expectations from herself and others,” Nillson said. “With all the attention, she is figuring out who she is, what makes her happy and what she wants in life and golf.”

After the trophy ceremony, Jutanugarn and Thitikul hugged. Like the role model Jutanugarn is to Thai golfers, she told the 18-year-old she should’ve won the tournament with how she handled the pressure. The pride of Thailand golf ended her victory presser with an inspiring message to the kids of Thailand on not giving up.

“Of course, when we have a tough time, sometimes we thinking about giving up,” Jutanugarn said. “At the same times, if you go enough, I think you’re not going to give up. Just be patient with it and believing in yourself. The timing of your life is different, don’t compare yourself to others, don’t keep asking why they play so good, why they win the tournament. Just do your best.”

“One day your turn is going to come.”

It’s a lesson in perseverance we can all take away from her historic accomplishment.