An anatomy of Donald Trump’s congratulations tweet to Brooks Koepka 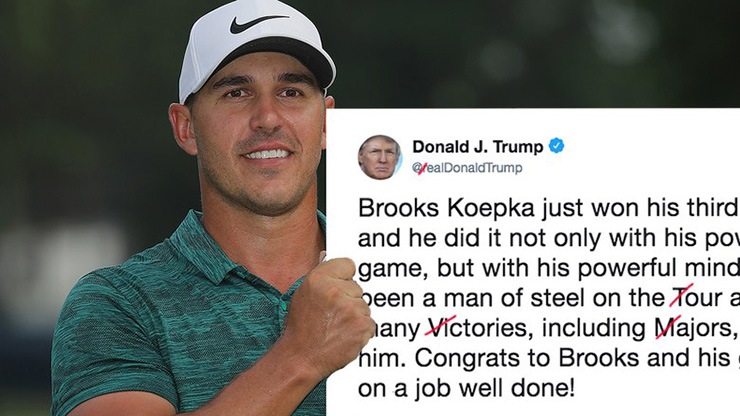 By Coleman Bentley
It’s the day after the greatest final round in PGA Championship history and everyone is having their say. From Golf Channel bobbleheads to the Dick’s Sporting Goods cart guy, everyone and your cousin who once blacked out at Topgolf is casting their two cents into the take jar, including, inevitably, professional Twitter maven/part-time President of the United States, Donald Trump.

Taking a much-needed break from shouting about his former hires and fires, on Monday afternoon DJT, with one hand on the wheel of the Titanic and the other on his phone, rattled off a glowing 278-character elegy to Brooks “T-1000” Koepka so rife with code speak, innuendo, and grammatical guesswork, we couldn’t help but dive in and give it the ol’ telestrator breakdown. When the ink dried and the dust settled, here’s what we found: 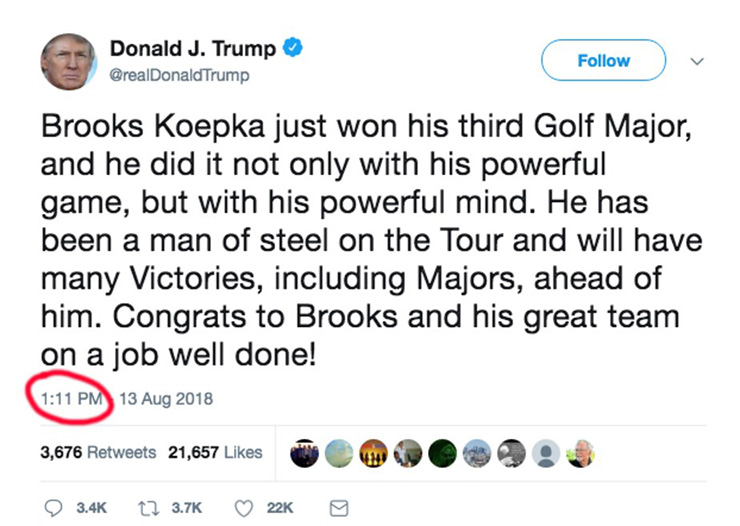 1,000% not paying attention during an intelligence briefing. 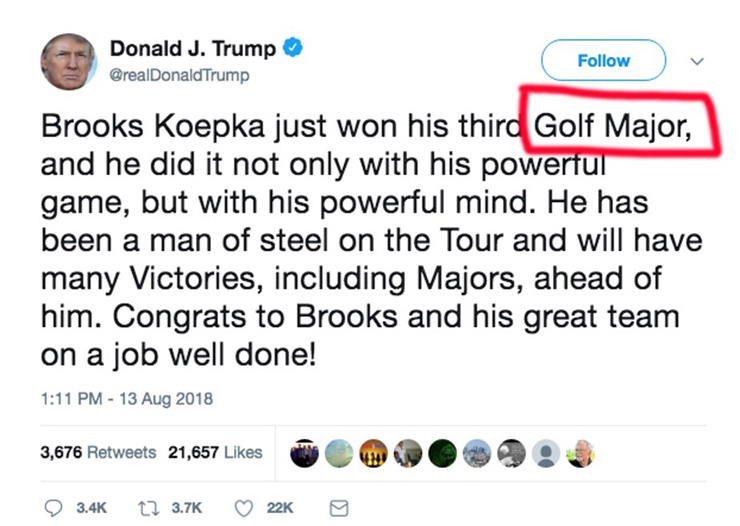 The highest rank in our great, powerful—and only getting more powerful by the day, I might add—military. Also the supreme commander of Space Force. How do you like them Titleist, Kim Jong Dong? 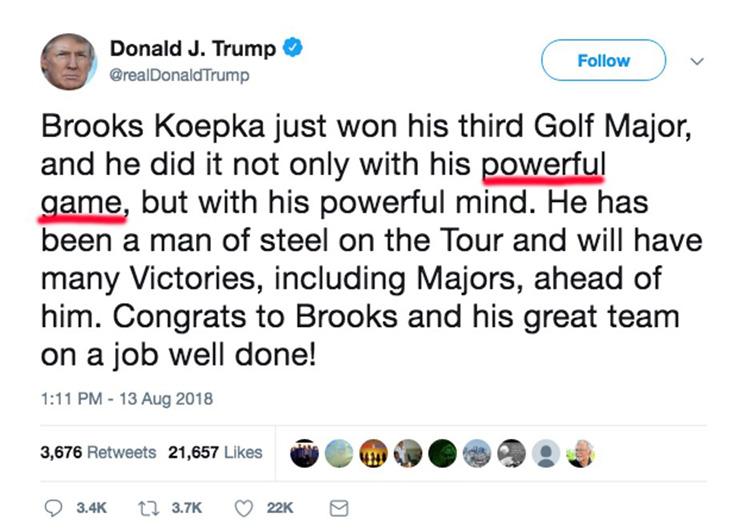 Trump loves nothing more than an absolute unit, evidenced by his trademark pronunciation of “huge” [silent h] and the fact that the size of his hands, and not, say, making fun of a reporter with special needs, was the black mark upon his otherwise unblemished candidacy. He misses an opportunity to tack on an “in awe at that size of this lad,” but come on he’s the President. He has better things to do than keep up with daily pop culture minutiae.

Thank you to Kanye West and the fact that he is willing to tell the TRUTH. One new and great FACT – African American unemployment is the lowest ever recorded in the history of our Country. So honored by this. Thank you Kanye for your support. It is making a big difference!

The NFL players are at it again – taking a knee when they should be standing proudly for the National Anthem. Numerous players, from different teams, wanted to show their “outrage” at something that most of them are unable to define. They make a fortune doing what they love…… 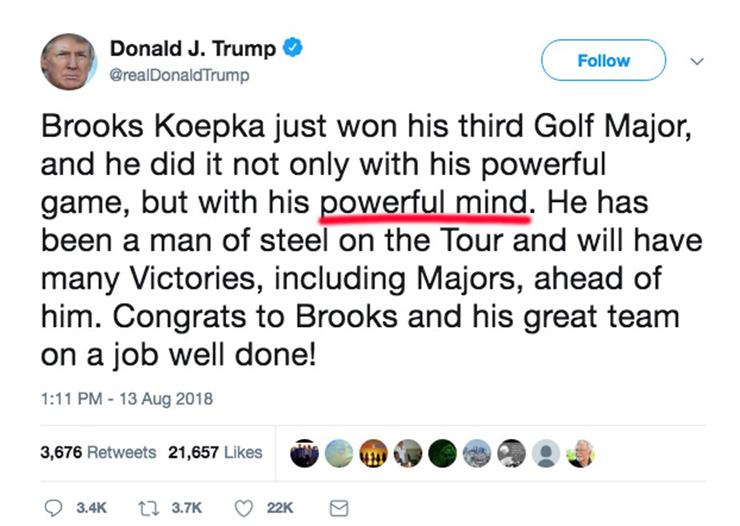 An important reminder to the children of America who can no longer learn such life lessons in school for some reason: You can achieve anything if you set your mind to it. Who knows, maybe one day you will conquer a small, crooked non-Trump golf course to become a certified Golf Major. Maybe you will even become president. Anything is possible with the power of positive thinking (and a 747 with your name on the side of it). 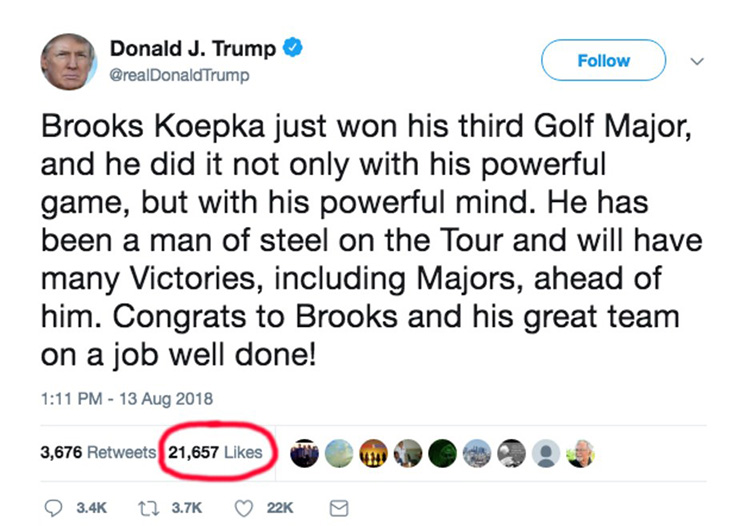 Twenty members from your club, including Jeff, who you thought was cool. 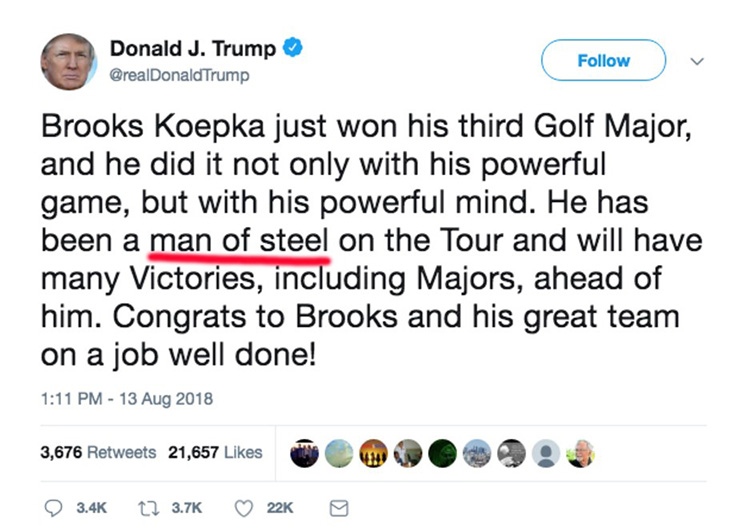 Definitely the kind of guy who thinks Justice League was better than Infinity War and will die on that hill if he has to. (P.S. Who wants to tell him Superman was an immigrant?) 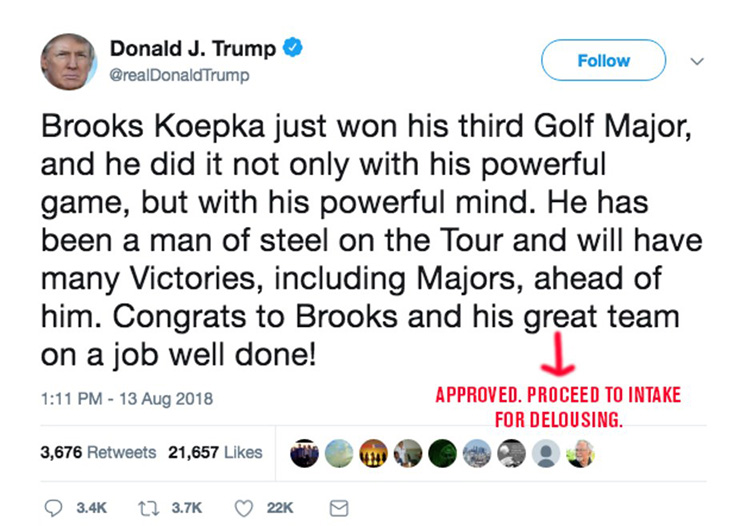 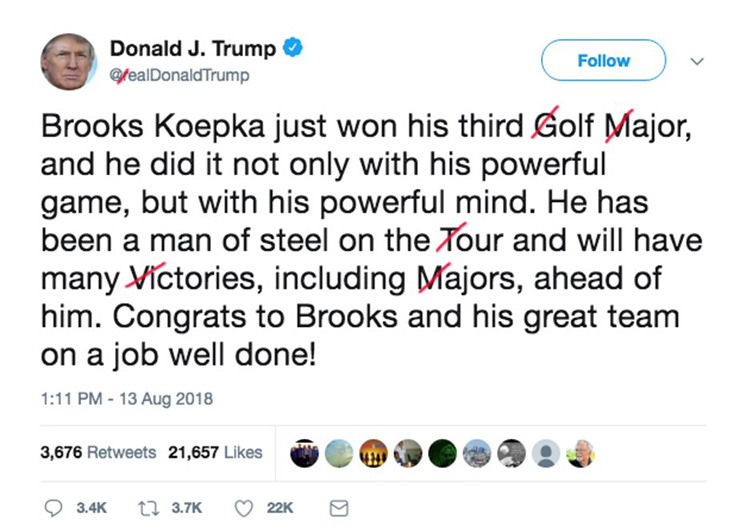 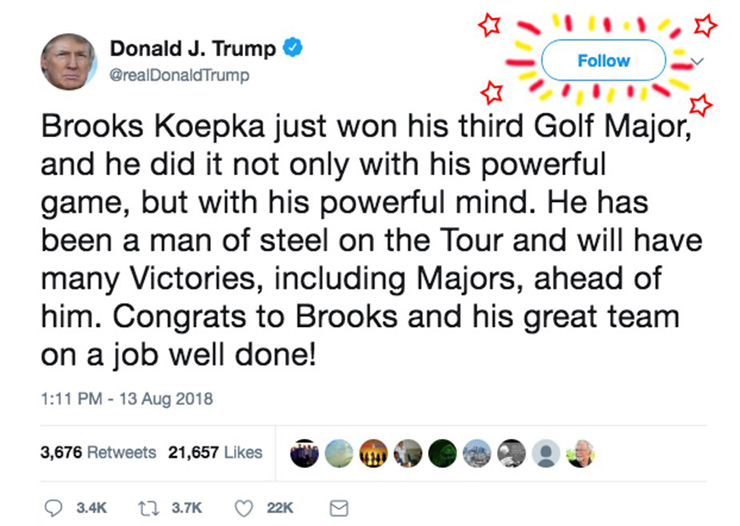