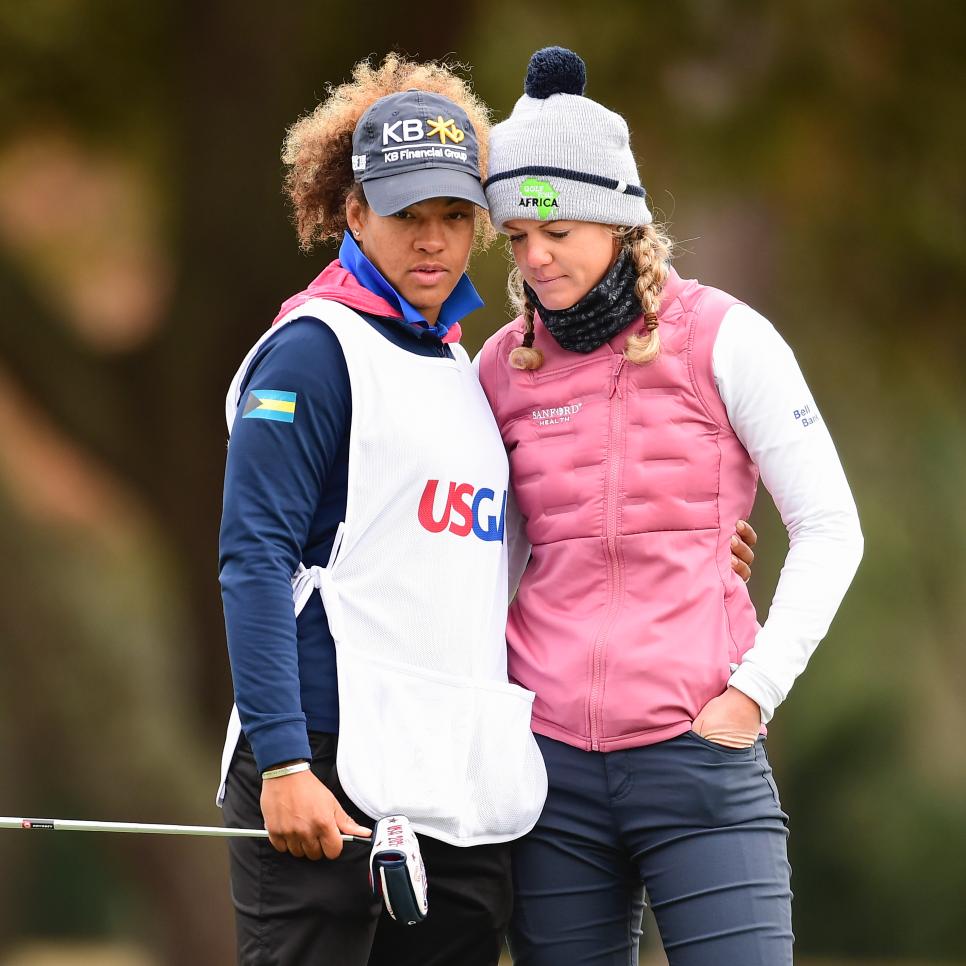 Robert Beck
Amy Olson stands with caddie Taneka Sandiford on the 18th green during the final round at the 2020 U.S. Women’s Open.

By Brian Wacker
HOUSTON—Amy Olson came into the final round of the U.S. Women’s Open on Monday with a heavy heart after her father-in-law passed away unexpectedly just two days earlier.

She left it tearful and without a trophy again.

Leading by two strokes with seven holes to play, Olson finished one back of winner A Lim Kim after a one-over 72 at Champions Golf Club, where the final round was pushed back a day because of inclement weather on Sunday. In seven years on the LPGA Tour, Olson, who won an NCAA record 20 times while at North Dakota State University, remains winless.

“Super mixed emotions,” she said, wiping away tears. “It was just one of those things, I felt very weak and helpless the last couple days, and probably the same went today on the golf course.”

The day was understandably a roller coaster of emotions for Olson. The same was true of her round. 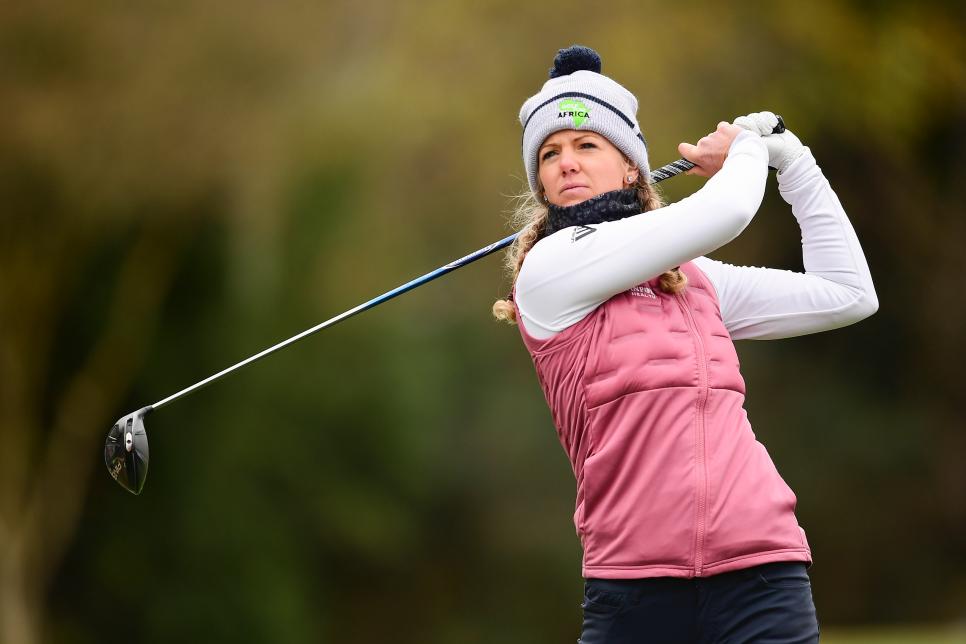 Robert Beck
Amy Olson made one mistake down the stretch, with a bogey on the 16th hole.

After beginning the day just a stroke off the lead, Olson stumbled early, making three bogeys in her first four holes to drop down the leader board. But she bounced back with a birdie at the par-5 fifth and another at the sixth. One hole later, she was tied for the lead after overnight leader Hinako Shibuno bogeyed.

Shibuno then stumbled again with bogeys on 10 and 11, putting Olson in front by herself.

But as Kim roared to the top of the leaderboard with three straight birdies to close out a 67 and take the clubhouse lead, Olson, who at one point rattled off nine straight pars, finally cracked. Trailing by one and standing on the 16th tee, she hit her hybrid on the 180-yard par-3 through the green, failed to get up-and-down and made bogey.

“I hit a cut 5-iron on the previous hole, and it had flown 152 yards, so I’m sitting there, and there’s no way I can pull that club,” Olson said. “I tried to hit a high, cut hybrid, which I pulled off beautifully, but it just—I don’t know if it caught a little downwind gust or anything, but obviously it didn’t hold the green and got kind of a tough lie behind the green and didn’t make it up and down.”

Olson bounced back with one final birdie at the 18th, but it wasn’t enough.

The close call in a major was just the latest for the 28-year-old, whose husband, Grant, the linebackers coach at NDSU, had flown in for the weekend, only to return home on Sunday to be with his mom and brother after his father’s sudden death on Saturday. Two years ago, Olson, leading the Evian Championship by one as she played the 72nd hole, made double bogey to lose by one. That same year, she played in the final group on Sunday at the ANA Inspiration but finished T-9.

This one will probably sting a little less, though.

“I really believe the Lord just carried me through,” Olson said. “It just makes you realise how much bigger life is than golf.”