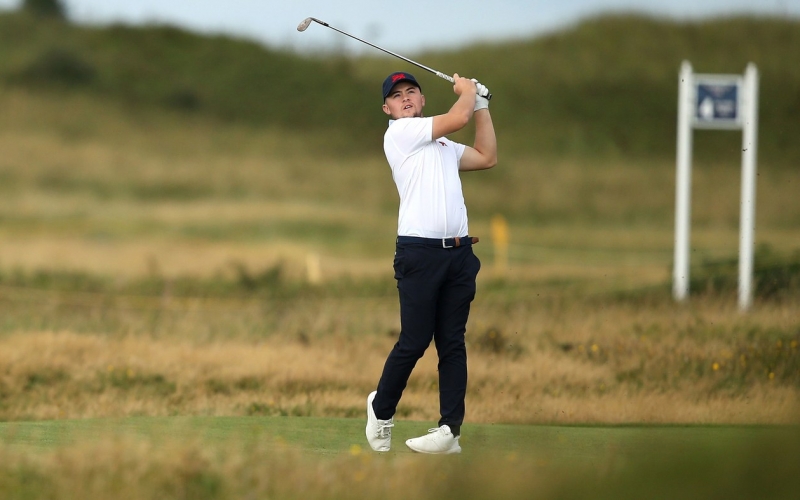 By John Huggan
Asked to describe his younger brother, Matt Fitzpatrick displays the sort of eye-roll-laden, fraternal affection only a long-suffering older sibling can muster. “Disorganised, messy, and his diet is terrible.” Oh, and time-keeping is apparently another recurring issue in the life of Alex Fitzpatrick, who nevertheless will complete a unique part of Walker Cup history this weekend at Royal Liverpool.

Six years after Matt, then the reigning U.S. Amateur champion, served as the lone beacon on an overmatched Great Britain & Ireland side—accounting for one-third of his team’s points in a 17-9 landslide loss—Alex will allow the family to be the first brothers since World War II to play for the Old World in the biennial contest against leading amateurs from the United States.

There have, of course, been other familial connections since the Walker Cup began in 1922. Brothers Jay (1975) and Jerry Haas (1985) have represented the Americans. And three father-son combinations—Guy and Gary Wolstenholme, Joe and Roddy Carr and Andrew and Michael Brooks—have worn the dark blue of GB&I. But the Fitzpatricks are breaking new(ish) ground in the oldest of golf’s intercontinental team matches.

Interestingly, apart from their shared propensity for low scoring, membership of the Walker Cup “club” is one of the few things that Matt, 25, and Alex, 20, have in common, other than a life-long affection for Sheffield United Football Club.

“People who know us both must laugh,” Matt says with a smile. “In so many ways, we are complete opposites. This sounds terrible, but Alex is so sloppy and a little bit lazy. He has bags of talent, though. Way more than I have ever had. He was also a very gifted footballer. I wish he had stuck in there. He was strong, fast and had two great feet. He read the game well and had a great shot and passing ability.”

Indeed, where Matt is one of the most disciplined members of the professional golf fraternity, Alex remains, albeit less and less as he matures on and off the course, your classic amateur. Their games are very different, too. Never one of the longer hitters, Matt built his game around accuracy and one of the surest putting strokes on the European Tour to become a five-time winner and a member of the 2016 Ryder Cup team. 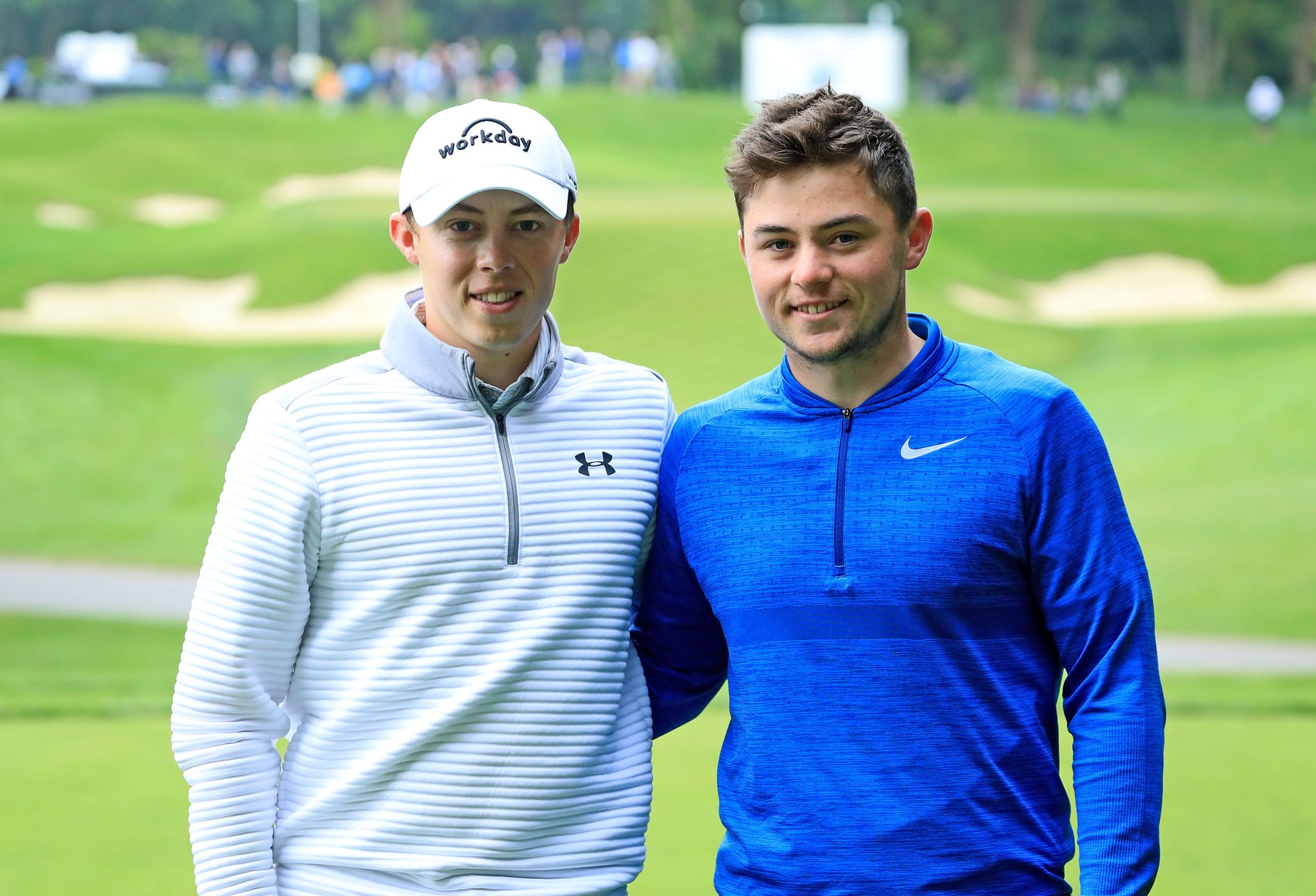 David Cannon/Getty Images
Matt poses with Alex during the pro-am for the 2018 BMW PGA Championship.

In contrast, Alex—who American fans might remember working as Matt’s caddie during his U.S. Amateur victory at Brookline—is “at least 20 yards longer” off the tee and, at least by his measure, not more than “average” on the greens.

“Alex is an aggressive player,” says swing coach Pete Cowen, who works with both brothers. “His clubhead speed gets up around 127 miles per hour, which is plenty. He hits his irons an awful long way, too. But he’s not as confident as Matt. And although they are about the same height, Alex is stockier, like a little bull.”

Cowen affirms that the two aren’t much alike.

“Yes, they are different characters,” Cowen says. “Alex is bubbly. When he walks in the room, you know he is there. He likes a laugh and a joke. I expect him to do well as a pro. He has played nicely at the last two U.S. Amateurs, making the quarterfinal in 2018 and the last 16 this year, having beaten the [British] Amateur champion [fellow GB&I Walker Cupper James Sugrue] 5 and 4 in the first round. So he’s not afraid of winning. A bit like Rory [McIlroy], he can hit and shape all the shots. And when he is on, he goes really low.”

There was more than a bit of that during Fitzpatrick’s first year on the Wake Forest golf team during the 2018-’19 college season. In 22 of his competitive rounds, the young Yorkshireman broke par, his T-15 finish in the NCAA Championships the best by a Wake Forest freshman since 1986. Overall, he compiled four top-10 finishes in 11 events, and his stroke average was a more than respectable 71.38.

“Going to the States has been huge in my development as a player,” says Alex, which highlights another difference between him and his brother given that Matt spent just one semester at Northwestern before deciding to pass on college to turn pro. “The practice facilities there are the best I have ever seen. And being able to work on my game day-in and day-out has really helped all aspects of my game, especially my putting. I’ve gone from really bad to average. My driving has gotten better, too. I’m definitely finding more fairways. Rather than hitting the low ‘cutty’ safe shot I used to employ habitually, I’m now sending the ball a lot higher. All of which has made me more confident.” 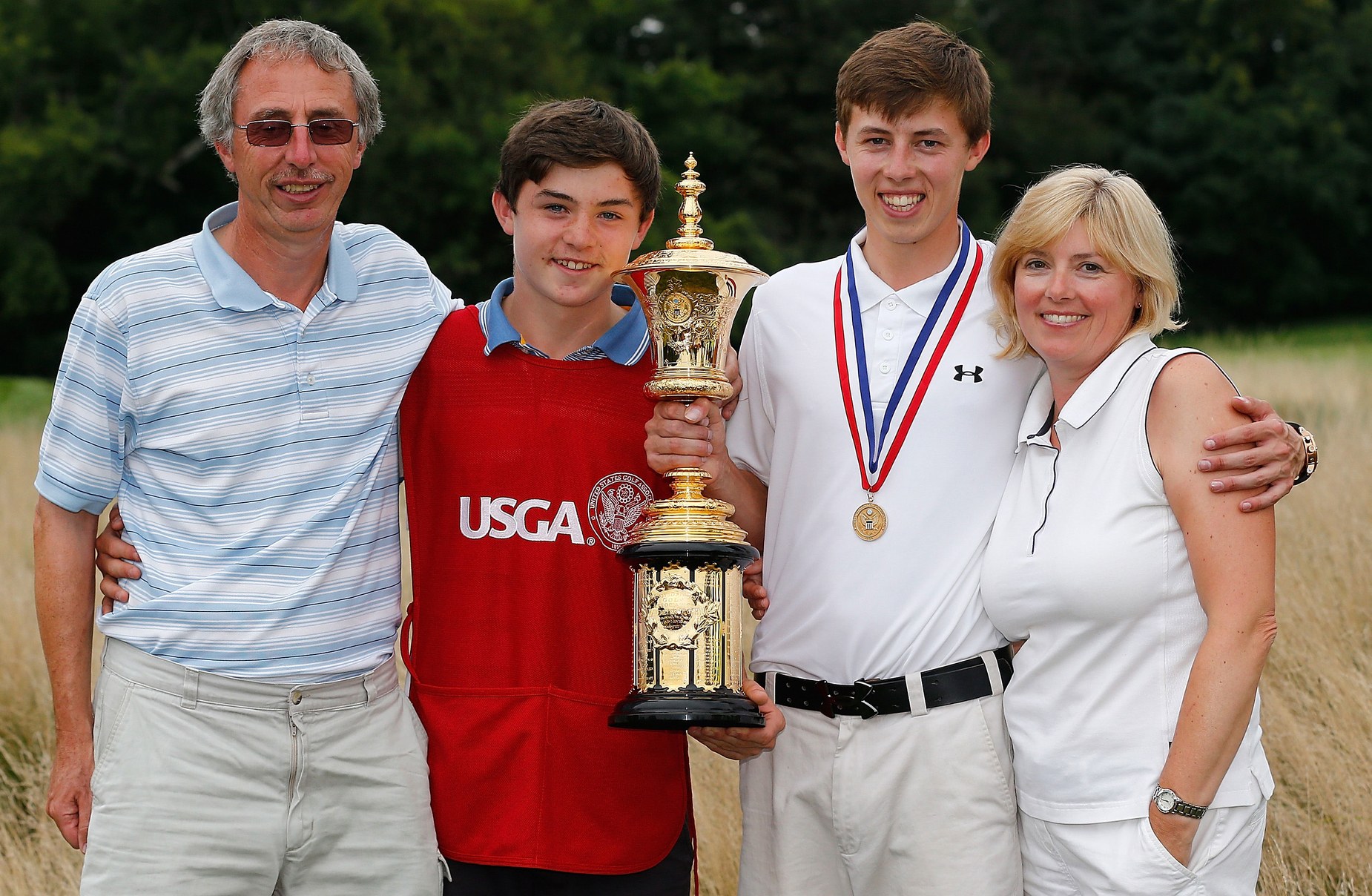 A year in North Carolina also has made Fitzpatrick familiar with many members of the United States side he will face this weekend. With that awareness has come respect, but more importantly, realisation. Long gone are the days when GB&I Walker Cup players teed-up in awe of their opponents.

“It has to be a benefit to know the opposition,” Alex says. “I don’t know them all, but I know most of their guys and their games. I know they are going to play aggressively. But I think, too, that it will be harder for them in our windy conditions and on a links like Hoylake. They won’t be used to landing the ball 20 yards short and running it in. Or aiming as much as 30 yards left or right and allowing for that much wind. So yes, I know what to expect. But I probably won’t see them playing their own games this week.”

As for his own prospects, Alex was quick to point out that it would be nice to go one better than Matt and finish on the winning side. But his performance, Alex feels, will come down to how well he can hole out. Ironically, given his brother’s proficiency on the greens, if there has been a recurring issue in Alex’s game it is his putting. Earlier this summer, concerned by a growing inconsistency, he paid a visit to renowned putting coach Phil Kenyon.

“Alex had conceptual issues with how he viewed his stroke and a few problems with his green-reading,” says Kenyon, who works with a number of leading pros on both sides of the Atlantic. “He was a little off mostly because it can sometimes be difficult to work on things by yourself. He needed a fresh eye. The biggest problem was his tendency to under-read putts. So even if he started the ball on the line he had chosen, chances were it wasn’t going in. But once we had him seeing where the ball should start, he was quick to improve.”

That, of course, is an ongoing process in all aspects of the younger Fitzpatrick’s game. At No. 33 in the World Amateur Golf Ranking, Alex has a ways to go if he is to emulate his brother’s success as a pro. Invited to compete in last year’s European Open in Germany, Alex shot 78-80 to comfortably miss the cut, his week scarred early on by the sextuple-bogey 10 he made on the third hole of his opening round. 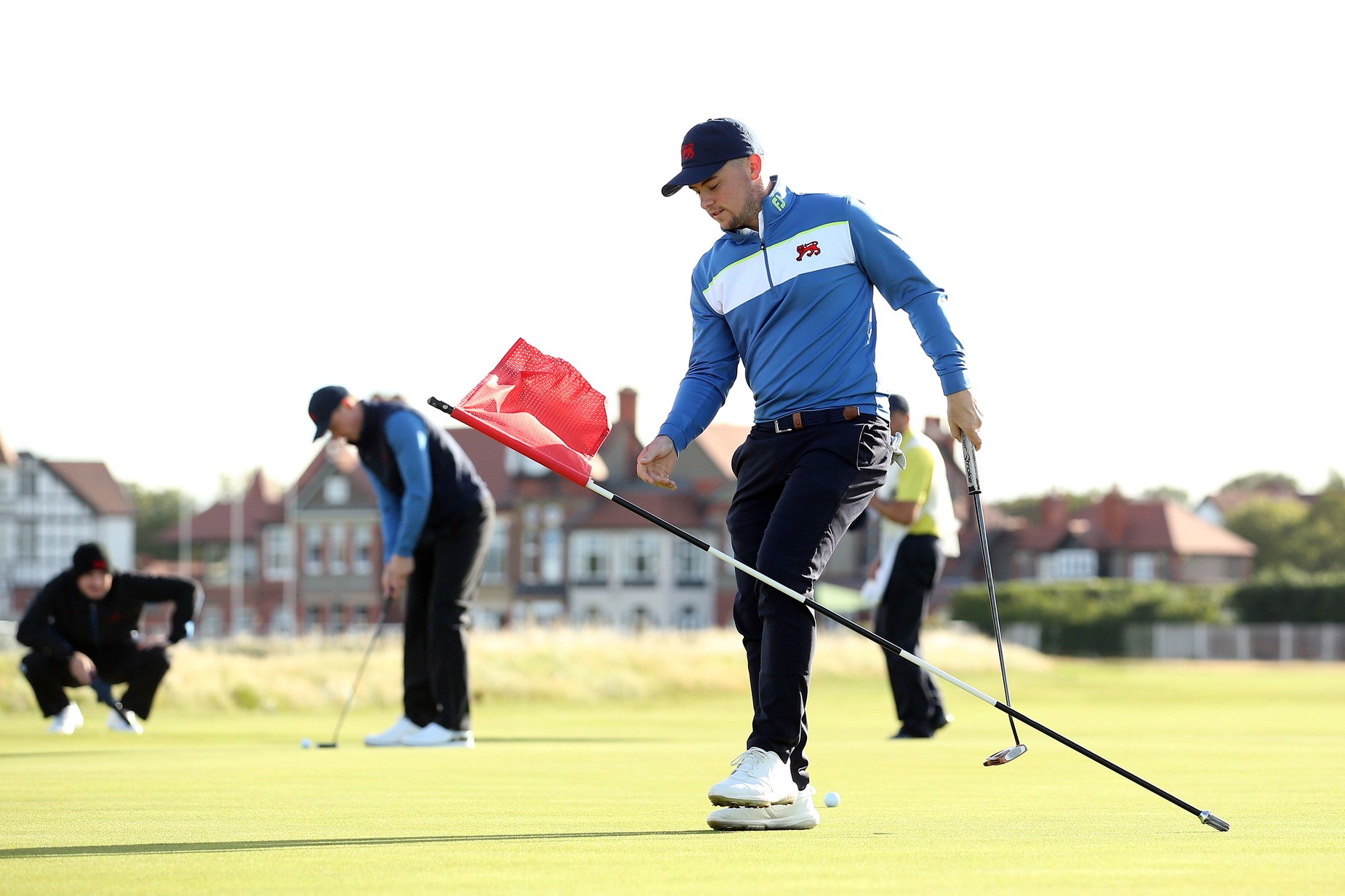 Jan Kruger/R&A
Alex gets in some work on the putting green at Royal Liverpool ahead of competing for Great Britain & Ireland this week.

“Looking back, playing there probably came a little too soon for me,” he says. “But it was a great opportunity. I know I could get used to playing in that environment. Some of the decisions I made were probably a little bit stupid. Too often, I went for the miracle shot. My lack of experience showed up there. The pros were just a bit more consistent than I was through the bag.”

Alex doesn’t have to look far for advice, of course.

“I think it has helped Alex to see what I and other pros do to get ready to play,” says Matt, who will be in attendance at Hoylake. “But, to be fair, golf isn’t everything for him. Not yet. He has his school work to focus on. And he wants to enjoy himself. But the team environment at Wake Forest has been really good for him. He knows what it takes to get where he wants to go. In the fall, he wasn’t getting picked for tournaments, despite being the highest-ranked player on the squad. I think that fired him up a bit.”

Which sounds a bit more Matt than Alex. But also a potent combination. The best of both brothers, you might say.