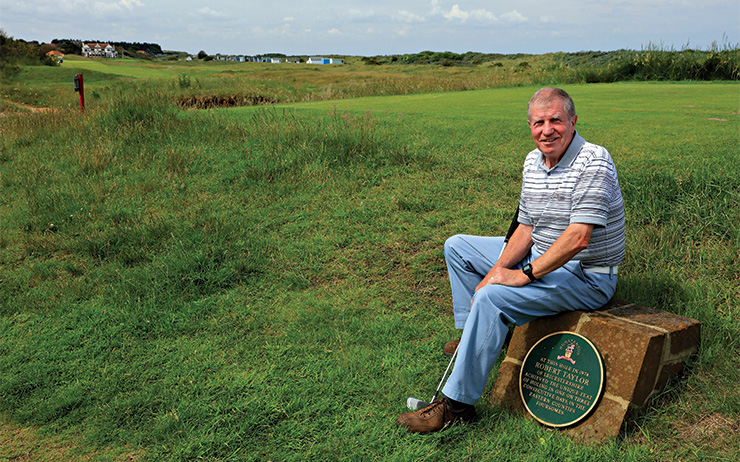 Ever had a hole in one? How about three. On the same hole. On three successive days? World renowned golf photographer David Cannon remembers the most incredible sporting fairytale.

I have been playing and photographing golf for almost 50 years and this is, without doubt, the most impossible golfing fairytale. I’d even argue it eclipses Leicester City’s Premier League triumph last season as the sporting miracle of the last 150 years. By chance I was one of the lucky few to actually witness the feat in the flesh.

It’s May 30, 1974 and I’m a member of the 10-man Leicestershire and Rutland County golf team heading to Hunstanton Golf Club in Norfolk for the Eastern Counties Foursomes. It’s an annual gathering of nine counties played over the weekend in four sessions of ‘sixsomes’ golf.

I am sure there are many of you who will be spluttering on your Glenmorangie trying to understand the meaning of sixsomes. It’s quite simple really: each county pair play two foursomes matches at the same time so you actually played two counties at once in three balls, hence the term ‘sixsomes’. Over the weekend in four sessions you play against each of the other eight counties. 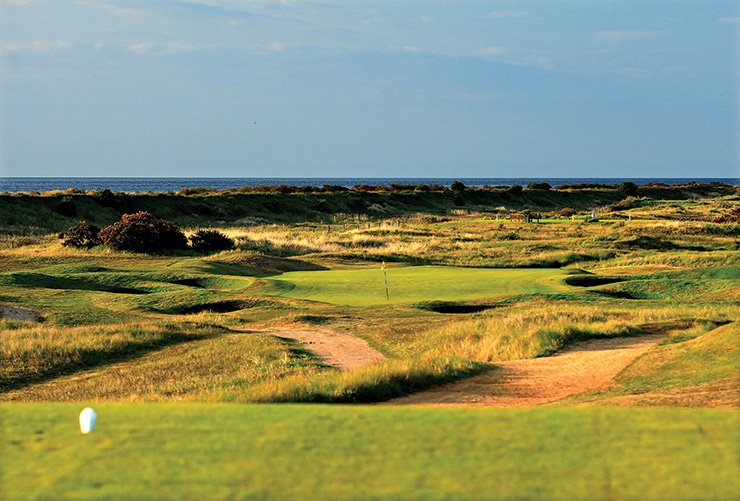 But I digress. The afternoon of Friday, May 30 saw the majority of us heading out for a practice round – normal procedure. You play your own ball to get used to the links and most of all the legendary fast greens. Late in the afternoon news filtered through that one of the Leicestershire squad had managed to hole-in-one on the 16th hole! Bob Taylor, after his three playing partners had in his words ‘ballooned their 4 woods short’, played a two iron that he’d had bent to the loft of a one iron into the face of the stiff Easterly breeze. The ball landed on the apron and scampered into the hole. Aces are rare so a celebration naturally followed and most of us eventually headed merrily to an early bed with 36 holes to follow over the next two days.

Saturday, June 1 saw the links shimmering in high summer sunshine when the morning matches concluded and we headed for a brief lunch. A natural interrogation of Bob Taylor as to how he had played the 16th hole that morning was met with a response that the wind had changed completely and he had used his six iron and that his ball had again landed on the apron and actually had caused great excitement as it shaved the hole and finished at the back of the green. 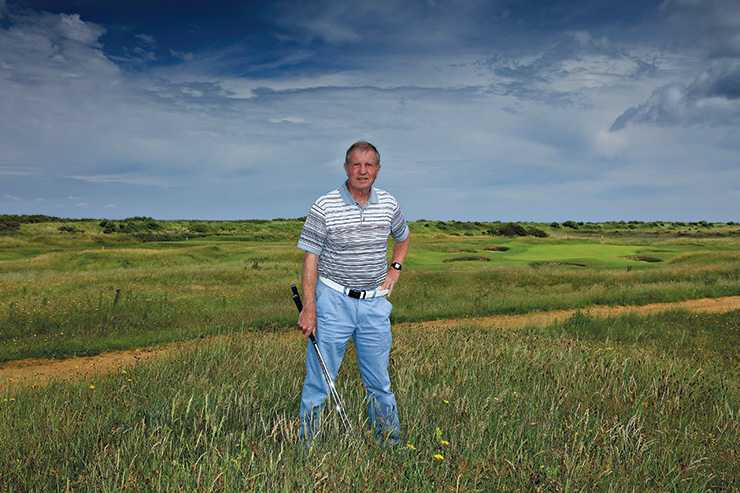 I could not imagine how excited I would have been watching my ball heading straight for the pin again after an ace the afternoon before. Well it was not to be, that is, it was not to be until late on that Saturday afternoon as Taylor teed it up on the 16th hole with his trusty six iron again. The same swing, the same shot, the same landing point on the apron, then, wonders of all wonders, the ball disappeared into the hole for his second hole in one on the same hole. Twice in two days – beyond belief – incredible celebrations! The whole afternoon and evening turned into a whirl of congratulations, incredulous disbelief and fantastic realisation that we had indeed witnessed one of golf’s best hole in one achievements.

At dinner one of the Leicestershire team members wagered Bob 1 million to 1 on a penny that he would not repeat his feat for a third day in a row – a tidy £10,000 wager. After much derision from us all around the table at the paltry ‘penny’ wager they shook hands on 25p at a million to one. I don’t imagine either of them lost any sleep that night over the potential of that bet ever having to be settled.

Mind you, I can’t imagine any of the bookies or fans who engaged in bets on Leicester City winning the 2015-2016 Premier League title at 5000 to 1 lost any sleep at all – at least not till Christmas! In fact I am sure the bookies, if pushed, would probably have given 10,000 to 1!

For a little bit of fun I made a call to a bookie myself and put the scenario to the gent on the end of the phone. A ‘low handicap’ player had two holes-in-one on the same hole at Hunstanton, a championship links course on the 189 yards par 3, 16th hole on consecutive days, I said. Given the huge odds of that achievement on its own, I enquired as to what odds he’d offer for a third hole in one on the Sunday? I was met with a rather stunned silence followed by an adding up of the chances. As a rule, bookies give 10,000 to 1 on an ace. My man said it was almost impossible to equate but he would have been totally happy to have taken at least 100,000 to 1 and would probably have been pushed higher. 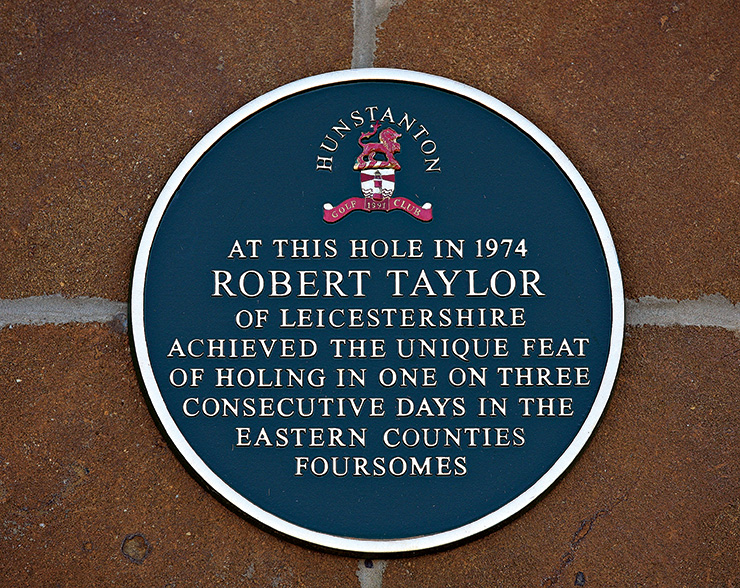 So, to Sunday, June 2, 1974. Taylor and his partner Bill Ridgeway did not spoil the party and how could they? It was decided, quite naturally, that Taylor should again take the tee shots on the even holes – how could Bob possibly turn down the chance of a quarter of a million pounds? In the morning matches their games were still alive as they reached the 16th hole. A not insignificant gallery had gathered to see his shot sail right off the green and our man on the million to one bet was breathing easily still as we gathered for a quick lunch.

The afternoon matches saw Taylor and his partner standing on the 16th tee yet again. Ridgeway advised Taylor that a half on the hole would see them win their match against Suffolk. So Taylor stood on the tee facing that tee shot for the fifth time in 48 hours, again with a not insignificant gathering of interested spectators. One hundred and eighty-nine yards downwind, smooth swing, lovely strike, pitch on the apron a couple of decent bounces, an almost unerring roll towards the hole and the next thing we knew Bob and Bill were shaking hands with the Suffolk pair on the tee as his ball had found the hole in one shot again! Three times, five shots, in three days and three aces on the same hole! The yells and applause could probably be heard for miles around, and the celebrations continued long into the night.

We had witnessed the greatest hole in one feat of all time, probably one of the greatest golfing stories of all time. For me personally it is one of my favourite stories to tell, and I have seen golf in all parts of the world. Whenever I recount this story no one can believe that it happened. I remember telling Gary Player this story after dinner at his farm in South Africa and one of the greatest storytellers in golf was lost for words and made me go through the story again. It shows miracles do happen, and luckily enough I was a member of that Leicestershire team and did actually witness one of the shots from the 17th tee in the match in front. It’s a moment I will always treasure. 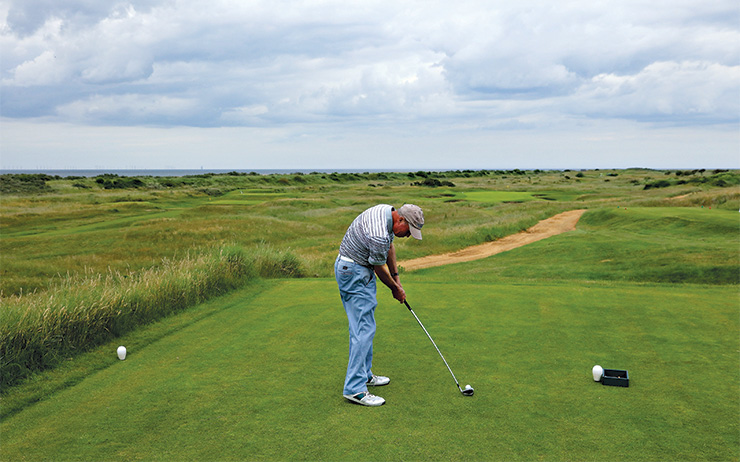 The greatest hole in one feat of all time. It shows you miracles do happen. — David Cannon

Leicester City won the Premier League at 5000 to 1. Bob Taylor, a Leicestershire County player, holed in one three days in a row on the same hole with odds of at least 100,000 to 1 and he is still owed every cent of the £250,000 he shook on that Saturday night!

His only treasure from that momentous feat was a dozen Titleist golf balls from the President of the Cambridge Golf Union who happened to be the Chaiman of Acushnet in the UK, some silver from his home club Scraptoft in Leicester and the wonderful stone memorial on the tee at Hunstanton. To me though he has left us all with a truly fantastic story – ‘The Fantastic Fox’ has joined the ‘Fantastic Foxes’ in giving Leicester two of the world’s greatest sporting miracles! I can only imagine what the world may have thought of this story if this had happened this summer in the modern digital age and not 42 years ago when there was no such thing as a mobile phone or the internet. Ed’s note: This story first appeared in Golf Digest Middle East’s March, 2017 edition.