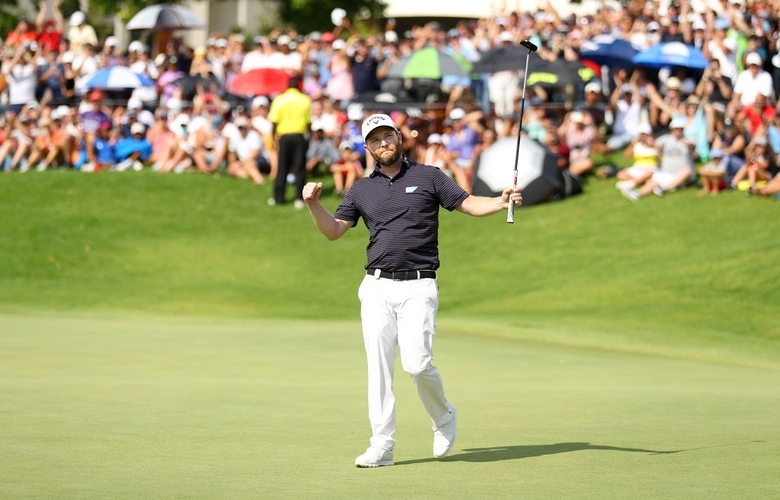 By Ryan Herrington
Branden Grace carried plenty of motivation with him at this week’s South African Open. Coming off a 113th place showing a year ago in the European Tour’s Race to Dubai, after finishing in the top 10 four times in the previous seven seasons, the 31-year-old wanted to prove 2019 was an outlier rather than a sign of things to come. Meanwhile, he was competing in the tournament that outside of the majors has the most significance to the South African native.

The combination—along with some timely putting—propelled Grace to an impressive Sunday 62 at Randpark Golf Club in Johannesburg and a three-stroke victory over countryman Louis Oosthuizen.

“That was remarkable,” Grace said after securing his ninth career European Tour victory but his first since 2017. “I played flawless golf, and I can’t remember the last time the putter was that hot.”

Indeed, Grace needed just 22 putts on his closing round, one in which he played a stretch of 12 holes in 10 under par. After a bogey on the third hole, Grace made eight birdies and an eagle.

Early in that stretch, Grace took the lead over Oosthuizen after starting the round three behind in fourth place. But Oosthuizen took it back when, after seven straight pars to start his round, the 2010 Open champ made a hole in one on the eighth hole.

Oosthuizen’s fireworks notwithstanding, Grace continued to make every makeable birdie putt he saw, and a few that didn’t seem likely. After four straight birdies on Nos. 11-14, Grace was ahead by three, and while Oosthuizen finished the day with a three-under 68, it wasn’t going to be enough. Warren Little/Getty Images
Grace celebrates with his son, Roger, after getting the trophy for winning the 2020 South African Open.

The victory capped a unique milestone for Grace. Previously in his career, he had won every significant tournament in South Africa golf: Joburg Open (2012), Alfred Dunhill Championship (2014), the Dimension Data Pro-Am (2015) and the Nedback Golf Challenge (2017). The national Open was the only one missing.

“This is the one I really wanted,” Grace said. “This means so much to any South African, winning on home soil, the guys get so behind you and it’s such an emotional feeling.”

Grace’s victory was also significant on two other fronts. It secured him a spot in this summer’s Open Championship (along with Scotland’s Marcus Armitage and fellow South African Jaco Ahlers, the top three finishers in the event that were not already qualified for Royal St. George’s). And it was the first victory for Grace since the birth of his son, Roger, in April 2018.