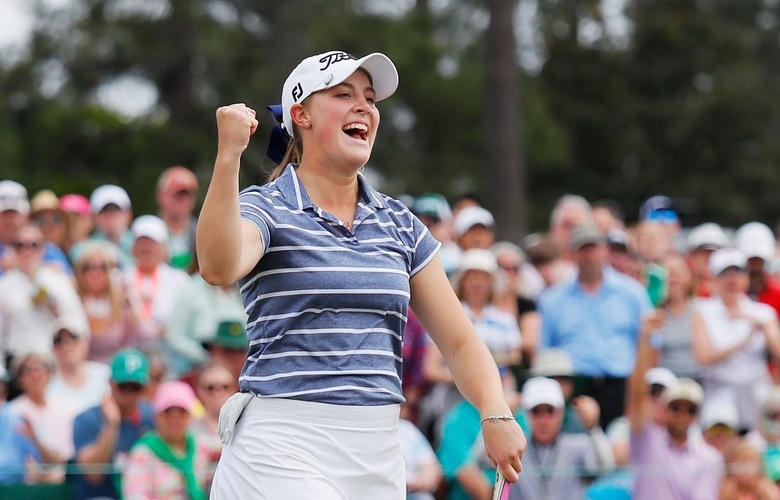 A cup that now has accompanying glassware.

Among the litany of Masters traditions is the awarding of crystal. These prizes are delivered to players that make an eagle (goblet), hole-in-one or double eagle (large bowls) during the event, along with each day’s low score receiving a vase. These honours, which trace their roots to 1954, have carried over to Augusta National’s women’s event, judging by Kupcho’s social media feed.

On Wednesday the former NCAA champion posted a photo of her special delivery from Augusta National:

Received a very special delivery from Augusta National today. The crystal glasses for my eagle on #13 in the final round of the Augusta National Women’s Amateur! Really cool that this @TheMasters tradition is now shared with @anwagolf too. #anwagolf pic.twitter.com/TRKLxfjduE

Goblets that have extra importance, as Kupcho’s eagle served as a catalyst in her comeback victory. Kupcho, 22, is currently in her rookie season on the LPGA Tour. Along with her Augusta victory, she finished T-2 at the Evian Championship, and sits 42nd on the circuit’s money list with five events left on the calendar.