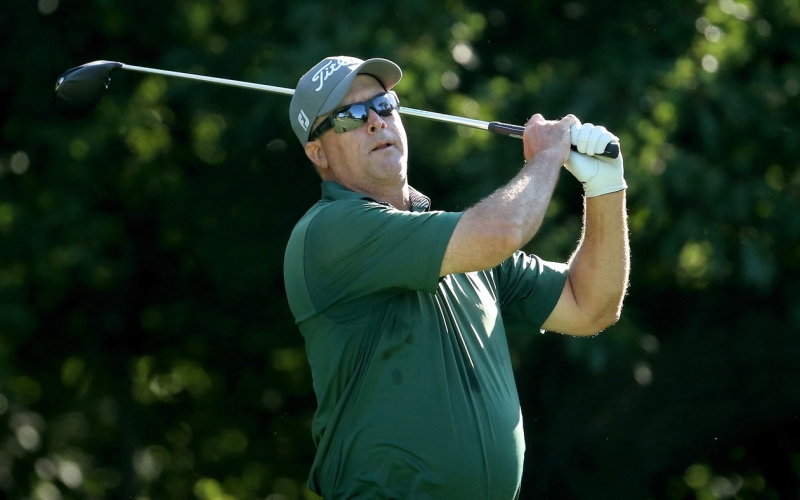 By Brian Wacker
Last week, Chris Couch won his 34th golf tournament in the last 12 months. No, that’s not a typo. That it came in his 118th start in that span is also impressive—it’s a winning percentage that would rival that of Tiger Woods’ best years on the PGA Tour.

“It felt good, I gotta tell ’ya,” the 46-year-old Floridian says in a gentle drawl.

Of course, none of those victories for Couch came on the PGA Tour. They took place on the Open Golf America Tour, more commonly known among its participants as the Moonlight Tour given how most everyone playing also has a day job. It really isn’t even a tour so much as an assortment of one- and two-day events at a handful of courses in the Orlando area, including West Orange Country Club, where Couch now spends his days giving lessons and playing.

Frank Magee, a former Lieutenant and Platoon Commander in the Marine Corps, founded the Moonlight Tour in 1992 with his wife Mary. Magee’s golf background included once beating Jay Sigel as an 18-year-old on his way to the finals of the 1974 Philadelphia Amateur Championship. This mini-est of mini-tours is a bare bones operation that held 127 events in 2019 each with low-cost entry fees ranging from $80 to $320 for amateurs and pros who want to see how their game stacks up when money is on the line and every shot counts. (By comparison, bigger mini-tours can cost four or five times as much per event, if not more.) For Couch’s latest victory, a two-day tournament at Champions Gate, 28 players paid $320 each. Couch shot 68-67 to win by two and took home $1,500, bringing his Moonlight earnings for the past year to a little more than $23,000.

“I felt nerves for the first time in a while,” he says.

It has also proven a welcome respite for the one-time PGA Tour winner after a career and life of ups, downs and bizarre twists.

In 1990, when Couch was 16, he qualified for the Honda Classic and a year later was the top-ranked junior golfer in the country. He went on to play at the University of Florida, where he was a two-time All-American and in 1993 holed the clinching putt for the Gators’ third national championship.

But success was mixed after Couch turned pro in 1995. He won five times on the then-Nationwide Tour, but he struggled to keep his card on the PGA Tour. In 2003, Couch was on the verge of giving up the game when longtime friend and fellow pro Brenden Pappas talked him out of it. Pappas loaned him $3,000, which was enough for Couch to play in three more Nationwide events. Couch finished T-20, T-2 and solo fifth to keep the dream alive. By the end of the year, he had earned back his PGA Tour card.

Then came the 2006 Zurich Classic in New Orleans and the strangest chapter of Couch’s story. His week began with the tale of a bizarre robbery on Bourbon Street a few days before the tournament. The week ended, most improbably, when Couch holed a 55-foot chip shot on the final hole using the unorthodox cross-handed chipping grip that he still uses today to beat Charles Howell III and Fred Funk by a stroke. 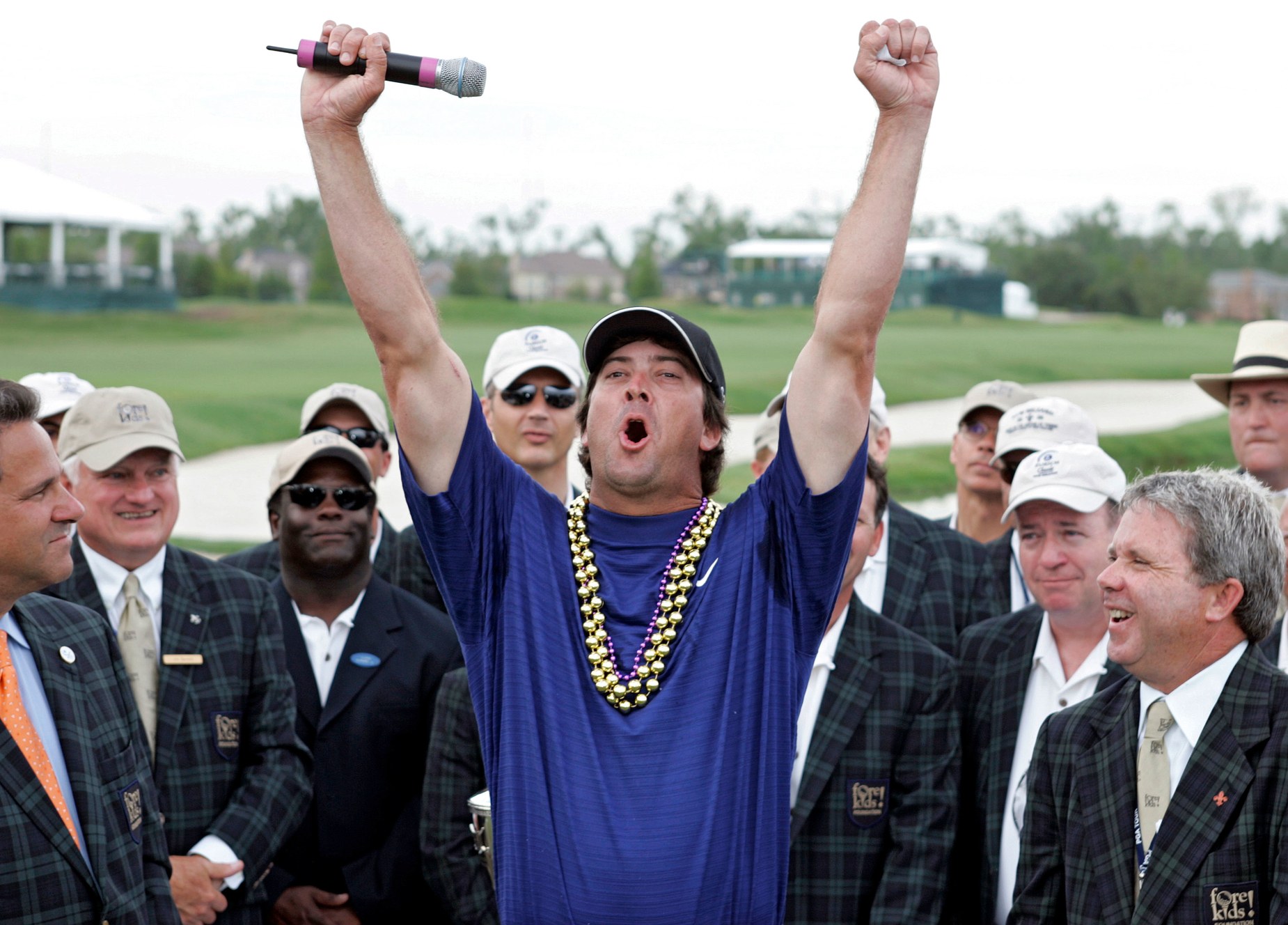 The victory would be the only one of Couch’s PGA Tour career, which was soon derailed by spinal stenosis and two herniated discs in his back. On the shelf for more than five years after his last full season on tour in 2012, Couch returned to the tour on a major medical extension in 2018 and had four starts to try to keep his card. He made the cut at the Valspar Championship but missed the cut twice and withdrew twice in his remaining starts.

“Eight years ago I didn’t think I was gonna play again,” Couch said. “I was in extreme pain. I couldn’t get through nine holes. So I started looking into what I could do. I saw a kid practicing at West Orange and he was looking for a coach and that’s how it started. Right away, I loved it.”

What Couch didn’t love, he says, was the life he was living when he was on tour, although he prefers not to go into too much detail. Since then, he has turned to religion, gotten remarried and had a daughter, who is now 10.

“I’m actually happy now,” he says. “I thought I was happy out there, but I was living a life that wasn’t a happy one for me.”

Couch’s happiness now is derived from passing on whatever knowledge about the swing he has gained since his playing days, spending time with his family and playing the Moonlight. 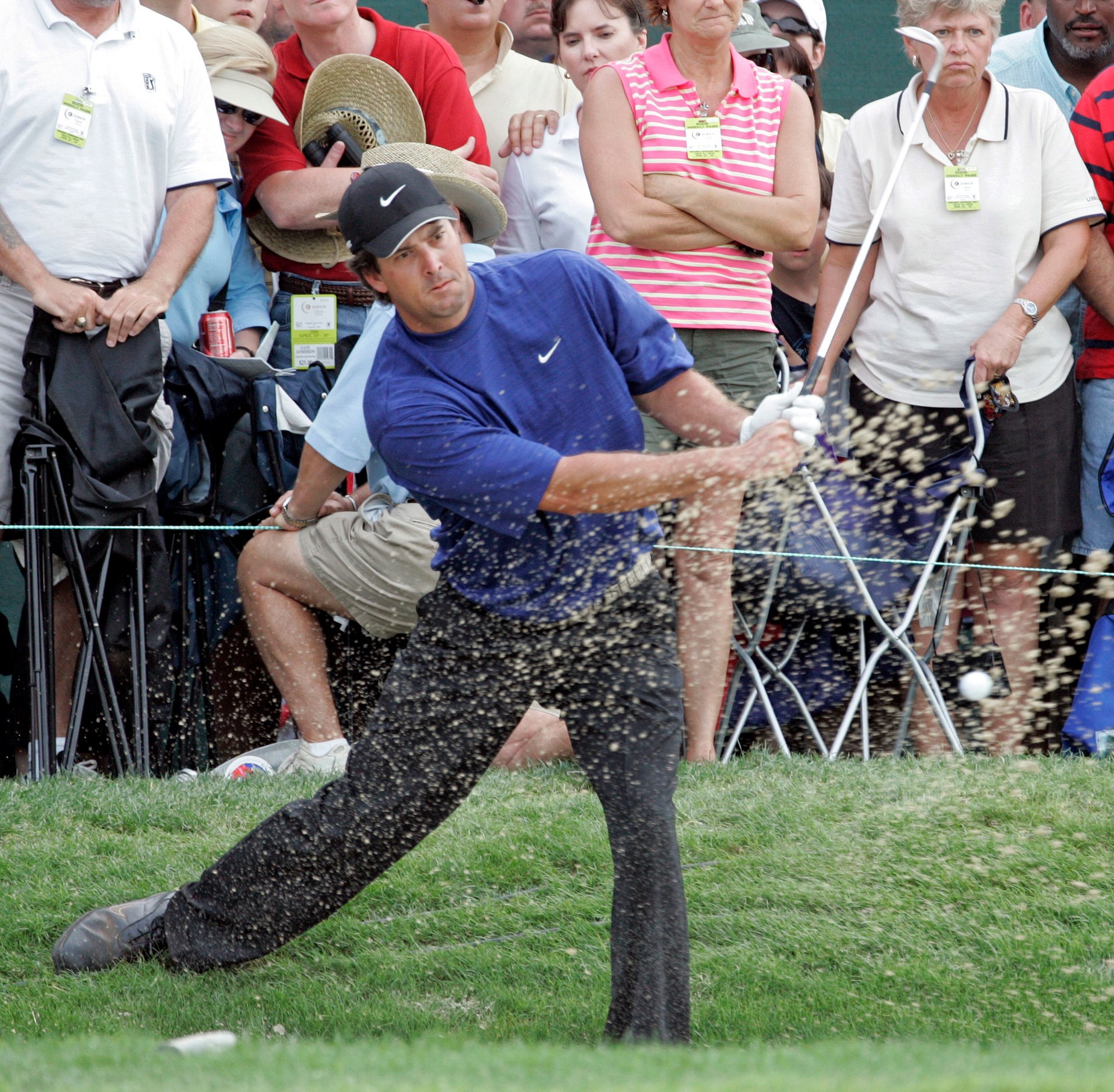 Though the level of competition on the circuit can vary and the fields are small—anywhere from eight to 32 players—taking home a first-place check still requires serious game. Winning scores are routinely in the low-to-mid 60s, and you never know who is going to show up. Among the notables who have teed it up on the Moonlight are PGA Tour winners Ted Potter and Tim Petrovic as well as other tour vets Rob Oppenheim, Patrick Sheehan and Alexandre Rocha, among others.

The tour has also proven a stepping stone for some. At one event at the Reunion Resort in 2016, Austen Truslow, who like Couch chips cross-handed, shot a course-record 61 at the Watson/Palmer Course. Truslow has since matriculated to the Korn Ferry Tour.

“What it shows you is that there are so many good players that you don’t even know about,” said Oppenheim, who after missing the cut at the PGA Tour’s American Express and Farmers Insurance Open last month teed it up in a one-day tournament at Rio Pinar Country Club because he was in search of a little competition. He shot 64 and won $400. The money, the courses and the skill level don’t come close to comparing to the PGA Tour, but they don’t have to.

“It’s one thing to practice and play at home, it’s another to go play competitive rounds and post a score,” said Oppenheim, one of nine members of the tour’s Hall of Fame as listed on its website (along with Potter and Petrovic). “Winning at any level is not easy, and [that victory] gave me confidence going to Pebble Beach.”

As for Couch, his back still hurts and he doesn’t think it would hold up to playing full-time again, though he does plan to play in a few PGA Tour events this year.

The Moonlight, meanwhile, comes with carts and Couch can squeeze in tournaments around his lessons. It also gives him the opportunity to see how the players he teaches hold up under pressure—“They’ve got to be able to beat me to be successful on tour,” Couch says.

But more than anything, it’s a chance to recapture his glory days. Or at least still have fun in a game he loves.

“Beating these 22- and 23-year-olds who are bombing it by me, it’s a different feeling,” said Couch, who in his prime was one of the longer hitters on tour. “It’s totally different now. I have to outthink them. It’s nice.”