A beginner’s guide to Topgolf, the best way to enjoy golf while knowing nothing about it 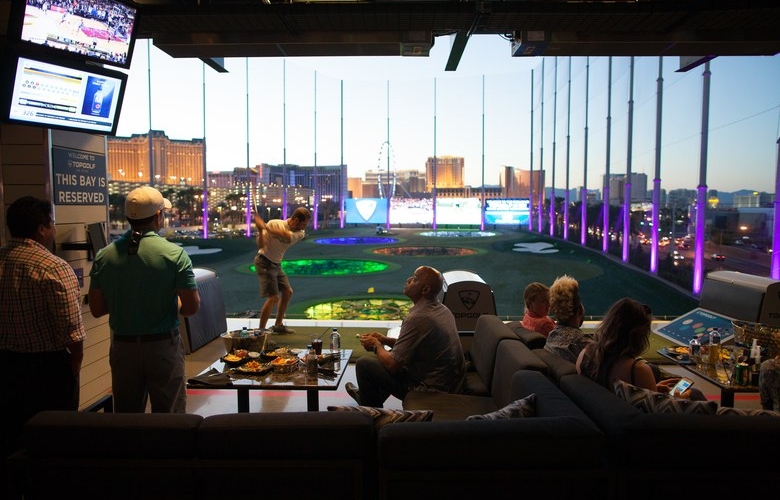 By Jeff Vrabel
If you’re like us, you wake every morning and spend 10 minutes staring at the ceiling and thinking, “What have I been doing that’s so important that I didn’t think to invent Topgolf?” and then you hit yourself with a waffle and head off to your relatively boring job.

With its increasingly omnipresent web of locations — just drive toward the affluent suburb nearest you and look for 170-foot-tall netting — Topgolf has exploded thanks to its forehead-slappingly simple formula: driving range + bar + accessible vibe (because, let’s be honest, this sport can be pretty intimidating for outsiders). It works for you and your dumb golf friends; it also works for families with small children who are primarily concerned with hitting the ball in a reasonably forward-ish direction. If you’ve never been, here’s a primer on what’s going on inside the towering netting:

What is Topgolf?
Short version: three-story-tall driving range with bar and kitchen. The range is populated by several dozen bays, which you and your group can rent by the hour. Each bay is essentially a private driving range tee with a waitstaff. Six can play at a time, all ages. Honestly, it feels like going to a golf version of a bowling alley.

What skill level does this require?
From my serious anecdotal research at the Topgolf on the north side of Indianapolis, it takes all kinds. If you’re a skilled golfer, the games present a novel if accessible challenge. But if you’re new, intermediate or exceedingly terrible, it’s stress-free because it’s an all-inclusive environment. (No one’s behind you and you’ll definitely not run into Trump.) For instance, our group included four gangly novice children and that spent much of its time focusing on hitting the ball straight, while the guys two bays down looked like they could target and hit individual cars on the adjacent highway. Maybe once an hour you’ll hear someone knock a ball into the delivery machine, which results in a primally-satisfying CLANG and reminds you that you are never the worst one there. 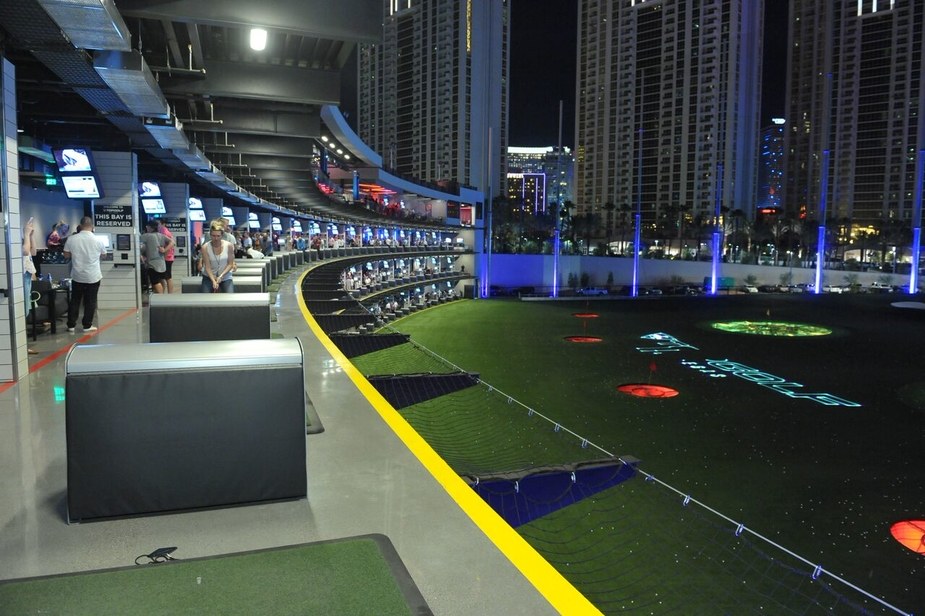 What sort of games do you play?
Topgolf offers multiple game options, but the most popular is cleverly called “Topgolf.” It’s basically driving-range target practice. Players aim not at a tiny hole on the other side of an angry lake 500 yards away but at one of several enormous targets scattered around the range. The more accurate your shot, and the farther away the target, the more points you get. Think of it as aiming at crop circles, which are real despite what the government tells you.

And you can drink while doing this?

Yes! And good thing, because alcohol is proven to make you amore accurate, comedic and emotionally stable player. Also, since it’s a bar, they’re playing what sounds like the Imagine Dragons station on Spotify. And if you’re there at night, the crop-circle targets light up in a rainbow of psychedelic colors, which sounds like a goofy needless ‘Murica vulgarization of all you love about the purity of the sport but is actually pretty slick.

So you’re standing three stories in the air? How do you not fall off?
Anyone not hitting is commanded to stand behind a Red Line of Danger, so as not to get whacked in the chin while absent-mindedly eating a donut hole. For those who wander too close to the edge, there’s a safety net that’s called a safety net despite not being remotely sufficient enough to save a small housecat, let alone your gangly and drinking frame. So if your dream is to become a viral obit that reads “Idiot Plummets to Death While Golfing, Somehow,” go for it. 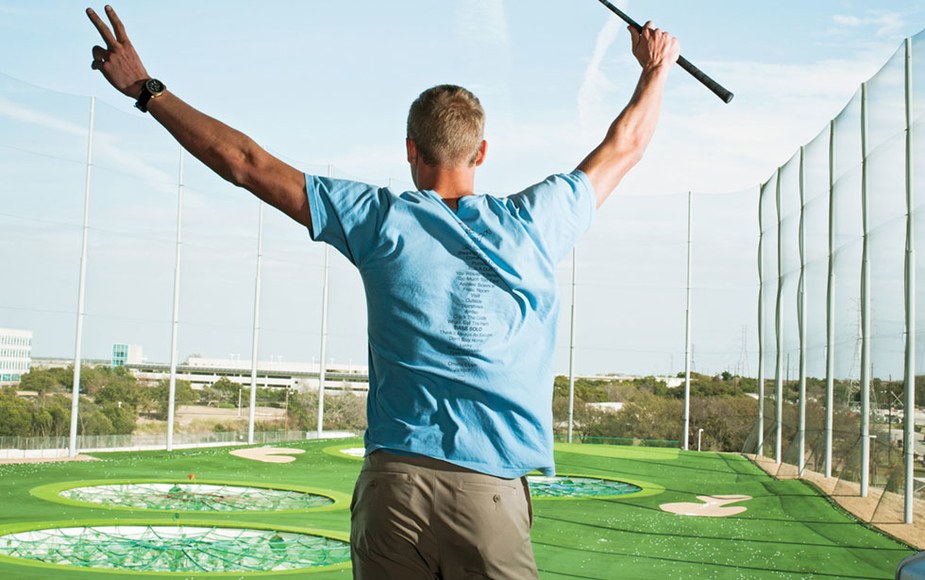 What’s the best thing to eat?
There’s a full menu that you can fully ignore in lieu of ordering donut holes, small orbs of cinnamon-covered magnificence that you THEN inject with flavorful goo. If they have other food there, I don’t really need to know about it. To recap, beer and donut holes and a driving range, so though it’s fun let’s not go counting this “exercise.”

What do you do when your 6-year-old keeps hitting balls sideways and seems like he’s perpetually four seconds away from flinging his club into the range?

We find it’s best not to look. Eat a donut hole.

Everybody tries to peg the little tractor driving around scooping up all the balls, right?
Oh, totally. You don’t get any real points for doing so, but unofficially, it’s worth two million.

Narratives can change very quickly on the PGA Tour, even in a span of less than 24 hours.