A 15-year streak comes to an end for Zach Johnson, highlighting his remarkable consistency over time 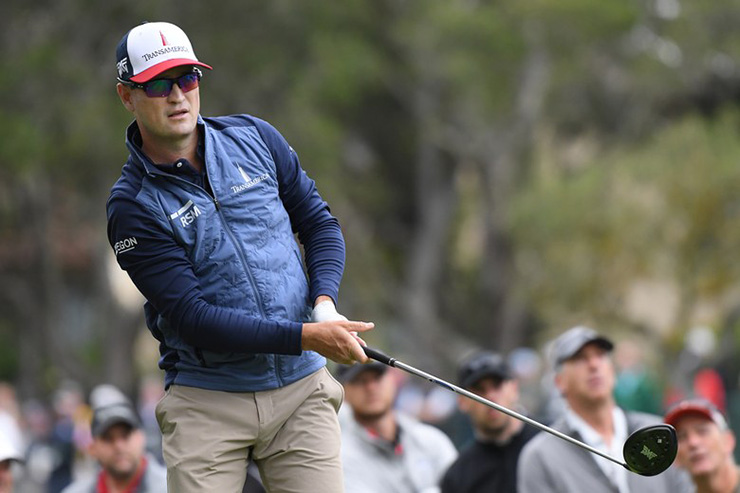 PEBBLE BEACH, CALIFORNIA – JUNE 13: Zach Johnson of the United States plays a shot from the second tee during the first round of the 2019 U.S. Open at Pebble Beach Golf Links on June 13, 2019, in Pebble Beach, California. (Photo by Harry How/Getty Images)

By Christopher Powers
When Zach Johnson joined the PGA Tour full time in 2004, after bouncing around the then-Nationwide Tour for a few years, the future two-time major winner began the season 211th on the Official World Golf Ranking. Nine starts, three top-20s and a top-10 later, he claimed his first tour victory at the 2004 BellSouth Classic—and instantly vaulted from 126th in the world to inside the top 100, all the way to 49th.

Little did he, or any of us, know it was the start of an impressive run for the golfer from Cedar Rapids, Iowa, which finally gave way after 15-plus-years on Monday.

It took Johnson three more years to grab his next professional victory, but it was a good one, coming at the 2007 Masters, and demonstrated he was a legitimate player. Between his BellSouth win and the Masters, ZJ collected 13 top-10s, including seven finishes of T-3 or better. And after his breakthrough Masters victory, he jumped from 56th in the world to 15th.

Incredibly, for the next decade, Johnson was able to stay between the top 10 and top 50 in the world, reaching as high as sixth early in the 2014 season after wins at the BMW Championship, the Hero World Challenge and the Tournament of Champions. The moment he dropped out of the top 25 the following season, he promptly won the Open Championship at the Old Course to climb back to 12th.

Since then it’s been a slow fall down the ranking for Johnson, though he’s still been consistent enough to stay inside the top 100 ever since his very first win in 2004. Until this week, when the 43-year-old fell outside the top 100—down to 103rd—for the first time in 15 years. Official World Golf Ranking guru Nosferatu first pointed it out on Twitter:

Even more impressive was that Johnson spent a ridiculous amount of time inside the top 25:

While falling out of the top 100 isn’t itself something to celebrate, it highlights Johnson’s incredible consistency over a long period of time. From 2004 to 2018, Johnson made at least $1.6 million every season, and he grabbed wins in all but one season between 2007 and 2015. The only year he didn’t, 2011, Johnson still managed to finish T-6 or better in four events, and he also finished solo second at the Hero World Challenge.

For comparison’s sake, the majority of the top players in the world in 2004 have fallen out of the top 100 as well, many a while ago. Of course, all of them have their reasons, injury-related ones for the likes of Tiger Woods and Jim Furyk, age-related ones for guys like Vijay Singh and Ernie Els. But staying both healthy and at the top of your game is a skill that Johnson and few others share, including Phil Mickelson, Sergio Garcia and Adam Scott, all of whom were also inside the top 100 in 2004 and have remained there since.