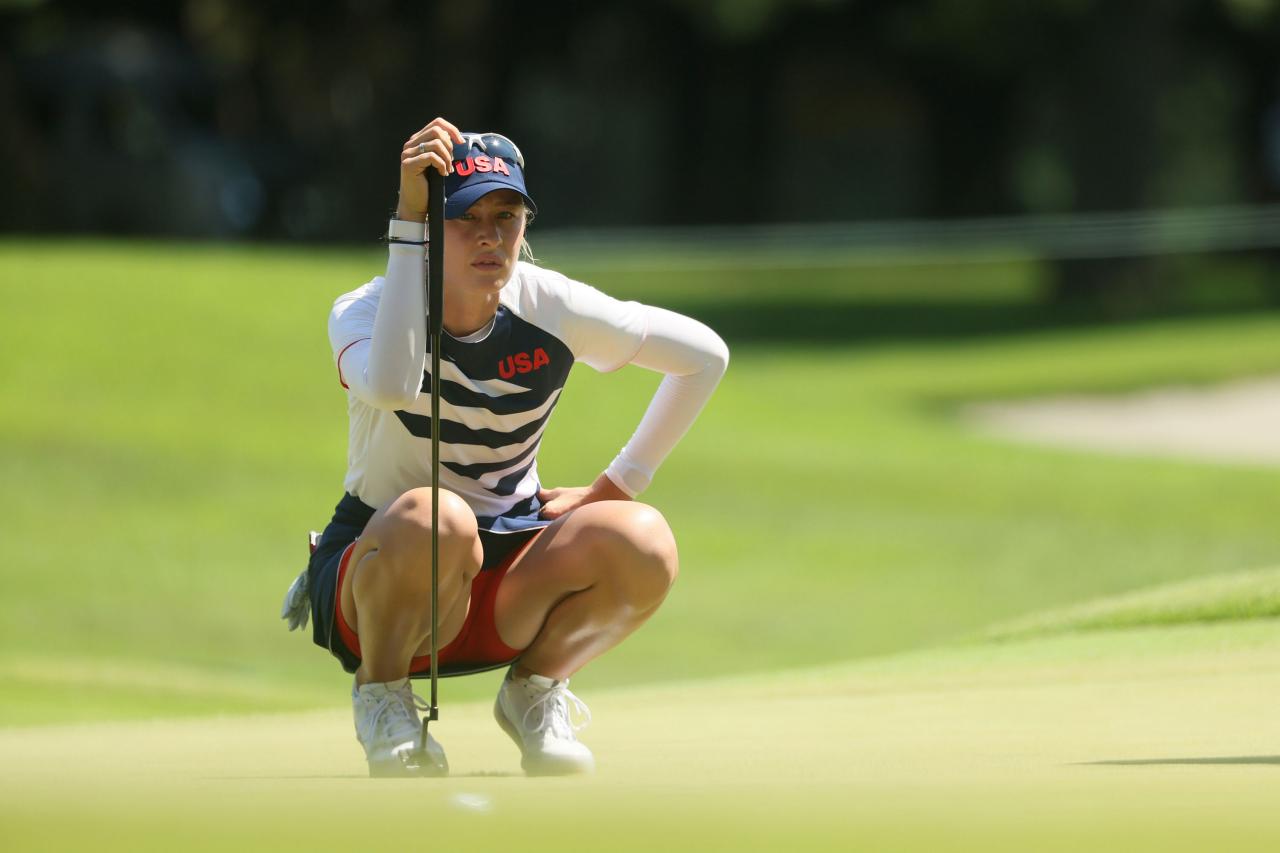 Mike Ehrmann
Nelly Korda lines up a putt for birdie on the 13th green Day 2 of the Olympic competition in Tokyo.

By Keely Levins
It’s been a decade since the AIG Women’s Open was last held at Carnoustie, Yani Tseng winning the title for a second straight year. The famed Scottish links is known as arguably the toughest course in the R&A’s Open Championship rota, making it a fitting scene for the final women’s major of the 2021 season. But will it also lend itself to continuing a mini-trend in the event? For the last two years, the winner of this tournament has been a non-LPGA Tour member: Hinako Shibuno in 2019 and Sophia Popov in 2020.

This year’s field, like our list of players to watch, features proven major champs, relative unknowns looking for a storybook win, and European and American players hoping to solidify positions on their respective Solheim Cup teams. Here are eight golfers we’re keen to follow this week.

It would be surprising if any “players to watch” list this season didn’t include Korda. The No. 1 player in the world has won three LPGA Tour events in 2021, more than any player on tour. That includes grabbing her first career major title, the KPMG Women’s PGA Championship in June. That doesn’t include the Olympic gold she walked off with in Tokyo. She’s one of two players to have already mathematically clinched a spot on Team USA’s Solheim Cup roster (qualifying ends Sunday), and a victory this week would put to rest the 2021 player-of-the-year race. 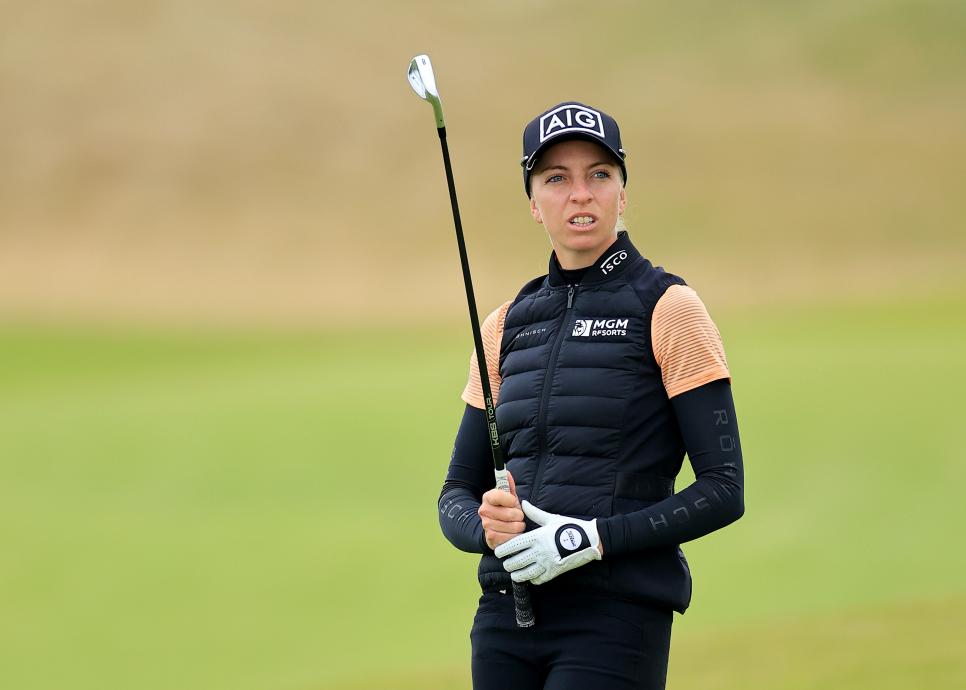 The German was a member of the Symetra Tour in 2020 when she got a start at the Marathon LPGA Classic, partly because some players weren’t traveling yet as the tour restarted amid the COVID-19 pandemic. Her T-9 finish was good enough to get her a spot in the 2020 Women’s Open. From there, she turned in a career-altering performance at Royal Troon, shockingly winning the title and becoming an instant celebrity in the golf world. So far in 2021, she’s had three top-10 finishes on the LPGA Tour, but the 28-year-old defending champ comes into the tournament having missed the cut at last week’s Women’s Scottish Open. 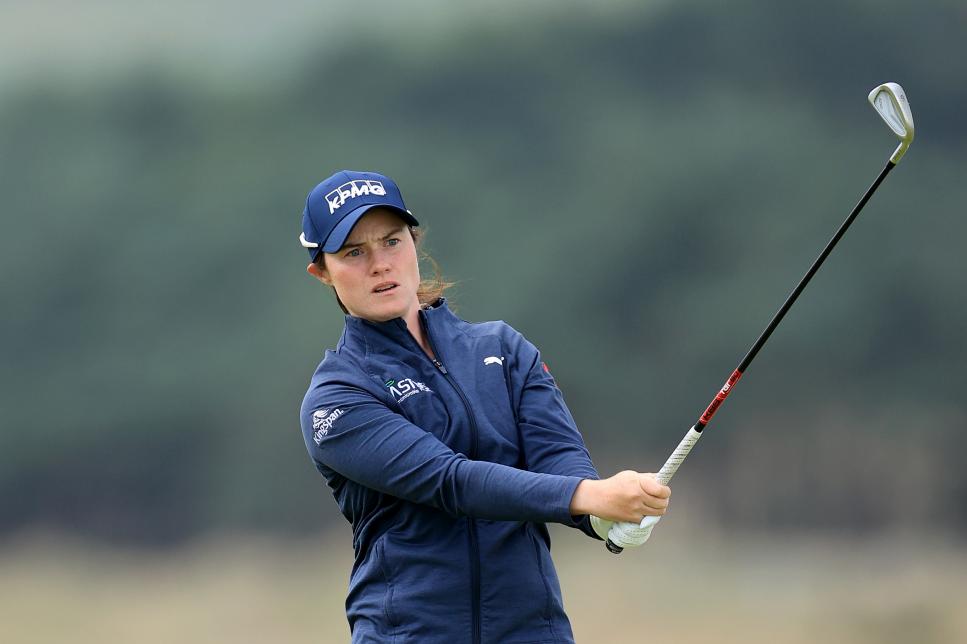 The 26-year-old from Ireland has quietly had a breakout season in 2021. The former top amateur in the world has finished runner-up twice and shot a major-championship record-tying 61 in the final round of the Amundi Evian Championship, en route to a T-6 finish, a career-best in 15 major starts. You get the sense she’s close to getting that first LPGA Tour win. Seeing she’s proven the ability to go incredibly low in a major, plus is comfortable with links golf, plus 14 of the last 15 women’s majors were won by players grabbing the maiden major of their careers, there’s plenty of reasons to like Maguire at Carnoustie. 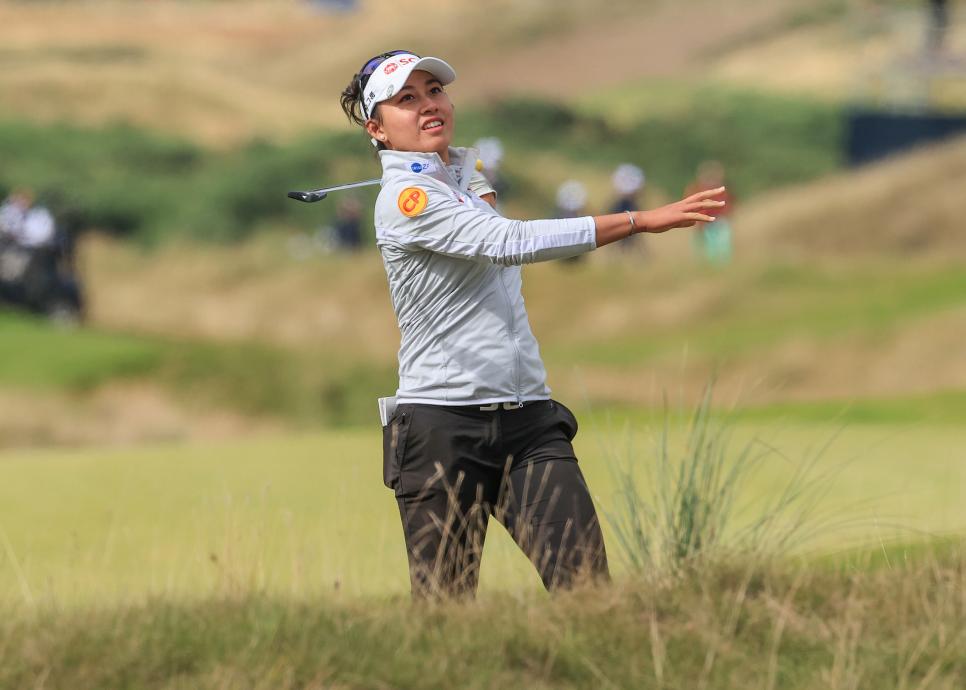 Remember how we said that the last two Women’s Opens were won by non-LPGA members? Well, this 18-year-old Thai golfer might be the best candidate to make it three straight. Thitikul is currently a member of the Ladies European Tour, where she’s won three times. The first two wins came at the Ladies European Thailand Championship, first when she was a 14-year-old amateur and then again in 2019. Her third win was two months ago at the Czech Ladies Open. She’s never won on the LPGA Tour, but did come close with her T-2 at the Women’s Scottish Open last week. She’s as ready as any nonmember for the type of out-of-nowhere win that’s becoming a theme at the AIG Women’s Open. 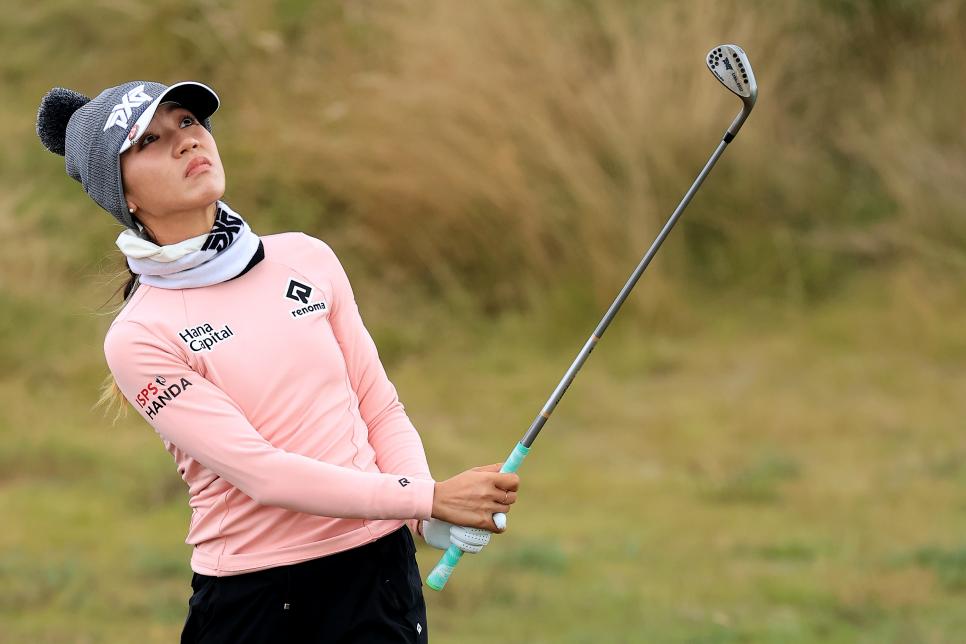 Ko has found consistency on-course again, recording an impressive eight top-10 finishes in 2021, including a seven-shot win at April’s Lotte Championship to lift her career win total to 16. Three of those top-10s were runners-up, including second place at the ANA Championship and T-2 at last week’s Women’s Scottish Open. The 24-year-old New Zealander ranks third on tour in scoring average (69.7). She’s a two-time major winner but her best finish in this championship was a T-3 in 2015. 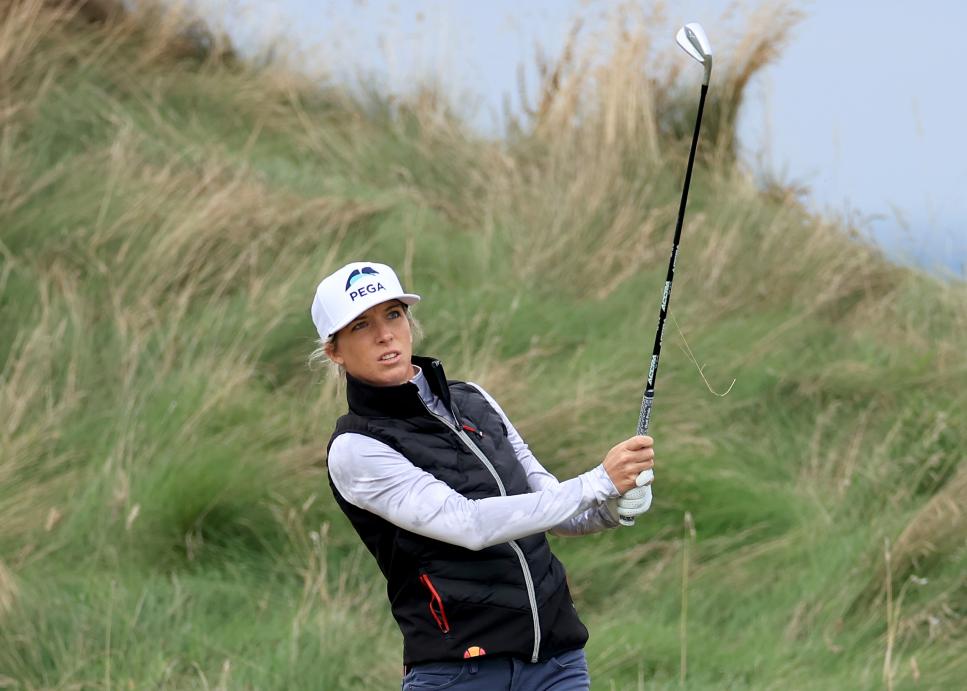 Nine months ago, Reid broke through with her first win in an LPGA Tour event, the ShopRite LPGA Classic. The 33-year-old was proud to end talk of when her maiden win would finally come. Since then, Reid has five top-15 finishes. There’s extra incentive to play well this week, as it would go a long way toward securing a spot on the European Solheim Cup team. With automatic qualifying ending after this event, Reid currently doesn’t make the team via LET points or World Ranking, so she’ll need one of Catriona Matthew’s six captain’s picks to get to Inverness. Having missed out on making the winning Euro team in 2019, Reid has been vocal about not letting that happen again in 2021. 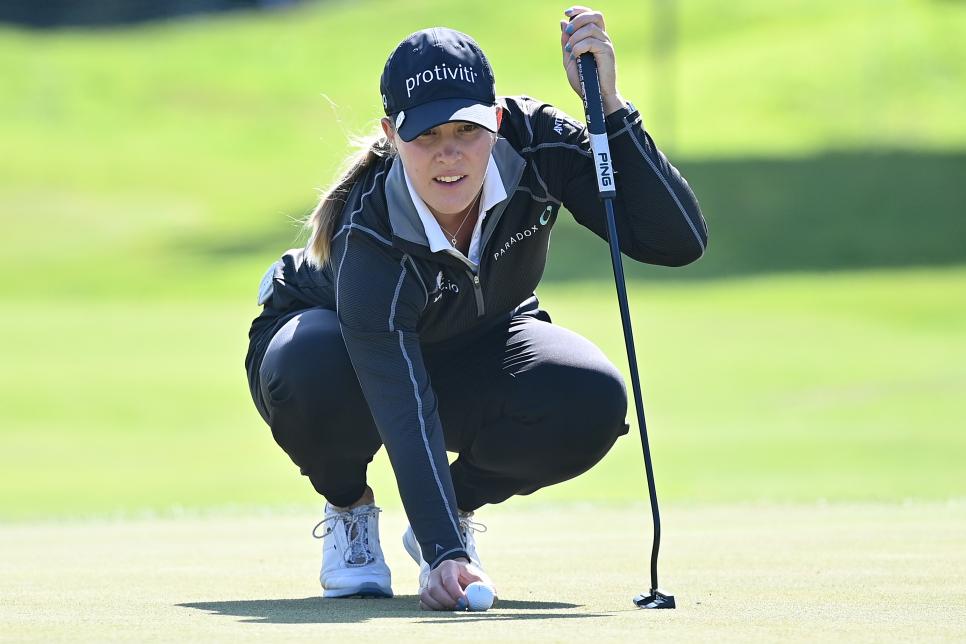 Kupcho, 24, came out onto the LPGA Tour with more notoriety than most rookies, having won an NCAA title in 2018 and the inaugural Augusta National Women’s Amateur in 2019. She has yet to win on the LPGA Tour, but has three top-10 finishes in her last six starts. She’s on the bubble of making her first U.S. Solheim Cup team. With that as added motivation for a high finish, she’s worth paying attention to. 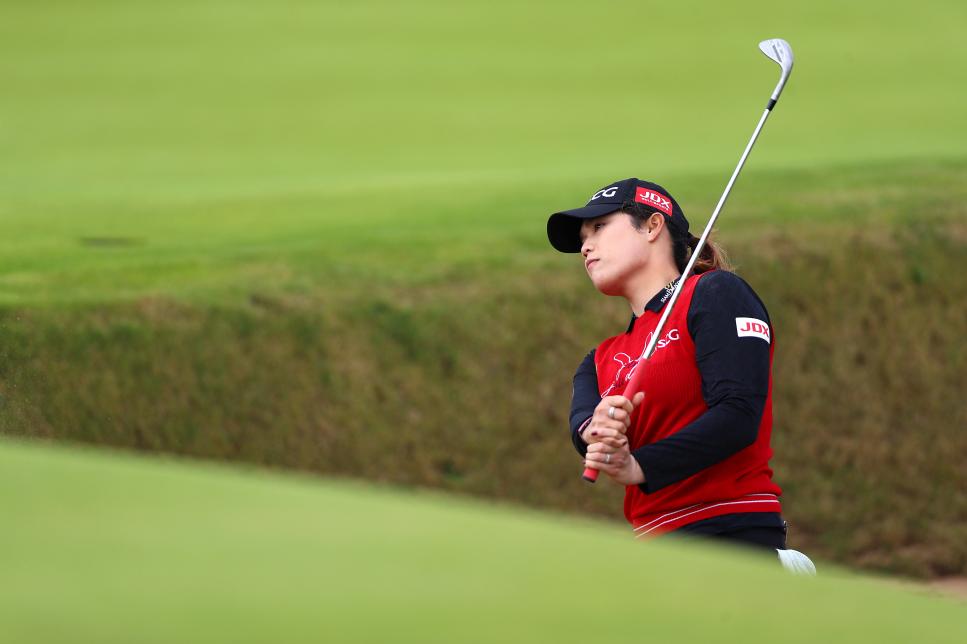 Jutanugarn has two wins in 2021: the Honda LPGA Thailand and the Dow Great Lakes Bay Invitational, a team event she won with her sister, Moriya. She’s had strong moments in the majors this year, with an eight-under 63 in the second round of the Amundi Evian Championship, and was T-7 at the U.S. Women’s Open. The 12-time LPGA winner claimed the AIG Women’s British in 2016 and should have some confidence coming into this week, having finished fourth at the Women’s Scottish Open.