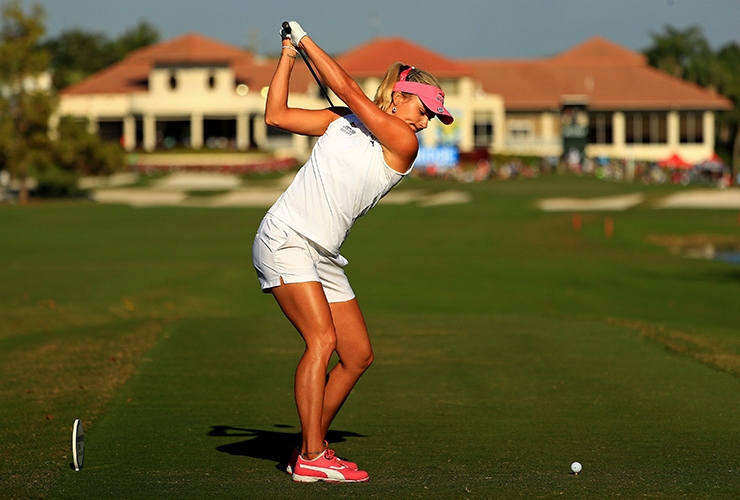 By Keely Levins
It had been 91 days between competitive rounds when the PGA Tour restarted its 2020 season in June. If you think that was a long wait, however, try being a member of the LPGA.

The last time the women’s tour was in action was Feb. 16, the final round of the ISPS Handa Women’s Australian Open. The event was supposed to lead into the start of the LPGA’s Asian swing, which instead turned out to be the start of COVID-19 surging overseas. Subsequently, LPGA commissioner Mike Whan had to put a halt to the season after just four events and regroup with his executive team to get a plan in place to salvage the season amid the pandemic.

The re-imagined schedule begins when this week at the LPGA Drive On Championship at Inverness Club in Toledo, Ohio. When the opening round is played Friday, it will have been 166 days since the tour last competed. With the wait finally over, how exactly is a competition going to work? Here are the answers to seven key LPGA Tour restart questions.

Play begins this week with a newly created 54-hole event at the site of next year’s Solheim Cup. It’s the first of 18 tournaments slated for the remainder of 2020, this one with a field of 144 competitors. All 12 members of the 2019 U.S. Solheim Cup team are in the field, including Nelly and Jessica Korda, Lexi Thompson and Danielle Kang. Eight of the 12 members of the European team are also competing.

The season continues with a second stop in Ohio (Marathon Classic), then heads to Scotland to play the AIG Women’s British Open and the Ladies Scottish Open. The tour then returns to the U.S. for six events before taking its fall swing in Asia for four tournaments. It’s back again then to the U.S., with the tour still wrapping up at the CME Group Tour Championship, just a month later (Dec. 17-20) than first scheduled.

How are players getting to tournaments?

While the PGA Tour has provided a charter plane for player and caddies to purchase seats for travel, LPGA are seeking their own transportation between events. Players are finding different ways to get to tournaments: Jennifer Kupcho drove the 16 hours from Colorado to Ohio for the first event. Christina Kim flew … in a hazmat suit.

Safety first for my flight to Toledo. No chances being taken. pic.twitter.com/Rxk1oe7VtG

When the tour leaves the U.S. for Scotland on Aug. 9, all of the players will be on a charter flight together. Currently, that is the only planned charter flight for the tour.

What are international players doing?

For players who live outside of the U.S., it’s more complicated than just packing the car and driving hundreds of miles. Long, international flights bring their own concerns.

“I have maybe a couple of European friends who are just going to stay over in Europe and start over in Scotland instead,” said Sweden’s Pernilla Lindberg, the 2018 ANA Inspiration champ. “But amongst my friends in the U.S., everyone is going to get started in Ohio.”

Most notably, top players from South Korea are opting, mostly, out of the first events on the calendar rather than come early to the U.S. Jin Young Ko, Sung Hyun Park, Sei Young Kim and Hyo-Joo Kim are all ranked in the top 10 in the world, but none are in the field for Inverness. Ko (No. 1 in the world) and Park (No. 3) also reportedly won’t be playing in the first major of the year, the AIG Women’s British Open, citing concerns over travelling. 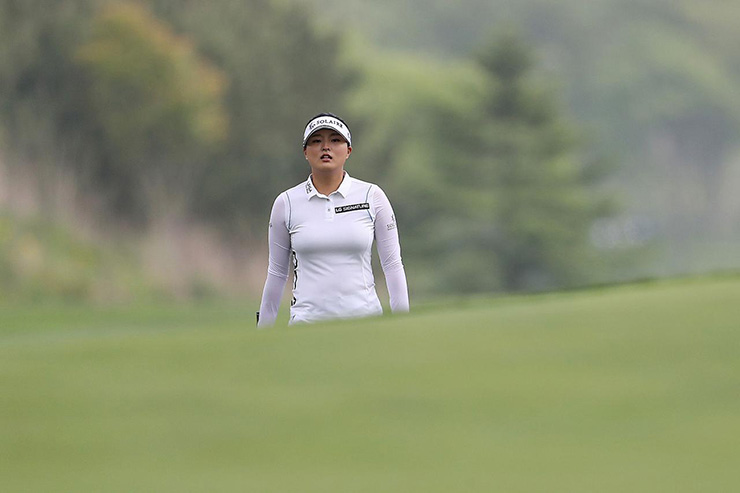 Having been playing in South Korea the last few months, World No. 1 Jin Young Ko will not be travelling to the U.S. or Scotland for the early part of the LPGA season. It’s unclear when she, or other top Korean golfers, might be returning. (Handout)

“Jeongeun has not decided which tournament she will participate in. She thinks it is not safe to travel in a different country, so she has been playing in KLPGA tournaments,” Lee6’s agent, Jennifer Kim, told Golf Digest via email. “When everything is settled, she will definitely attend the LPGA tour.”

How will testing work?

Players, caddies and everyone else within the “testing pool” will take a test at home before they travel. If that test comes back negative, they are allowed to travel to the event. Once they arrive at the tournament site, they’ll take the saliva swab test again. If they get tested on Monday, they’ll receive their results by Tuesday afternoon. While waiting for their results, they can use the practice facilities and the golf course, but they can’t go anywhere inside the clubhouse or locker room. Once a negative test result is produced, they’re allowed full access. Temperatures will be taken daily and players have been provided Whoop straps, which Nick Watney on the PGA Tour proved are useful in detecting the onset of COVID-19.

Are fans allowed to tournaments?

Fans will not be allowed at the Drive On Championship, nor will they be at the Marathon Classic. Whan says plans have been created to allow 2,000 fans onsite, with the roping necessary to create six feet of distance, but whether or not fans are permitted is ultimately determined by the local government guidelines.

“We don’t really have a lot of concerns about a small footprint of fans. But at the same time, we are going to follow whatever our title sponsor and the local health authority thinks is right,” Whan said. “We are comfortable playing with no fans.” 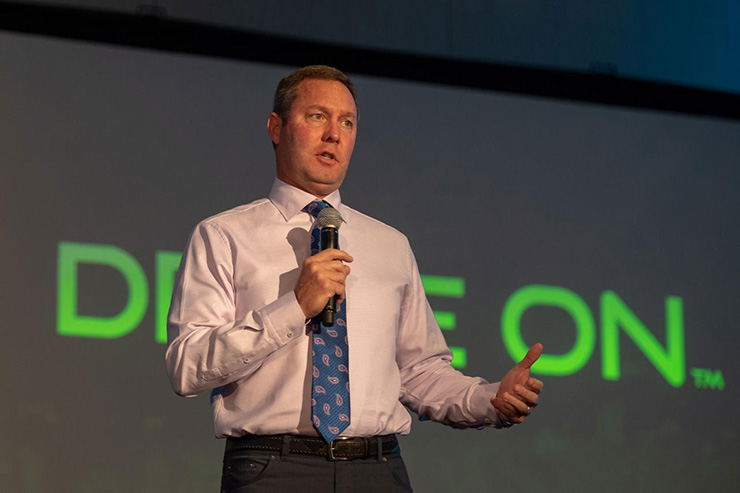 LPGA commissioner Mike Whan impressively put together a 18 tournament slate for the remainder of 2020 with purses on average expected to exceed the amounts previously forecasted for the season. (Jennifer Stewart)

Has prize money been affected?

Yes, but not in the way that you’d expect. The toll the coronavirus has taken on the global economy and the fact that there is lost revenue in not having fans at events would make one assume that purse sizes would be smaller on the LPGA Tour this year.

But the opposite has happened: Purses on average are expected to be bigger. Some title sponsors for tournaments that couldn’t be rescheduled gave money intended for their purses to other events’ purses. The AON Risk Reward challenge, a $1 million prize given to the player who scores best on the most strategically difficult holes throughout the year, has also been reallocated to purses instead of going to one player at the end of the season.

How many majors are on the schedule?

Like the PGA Tour, which lost the Open Championship, the LPGA Tour wasn’t able to get through the 2020 season without missing a major. The Evian Championship has been cancelled, but the other four majors are still on the calendar in new spots.